HPV Vaccine Now May Be a Life-Saver

HPV Vaccine Now May Be a Life-Saver

Since the human papillomavirus (HPV) vaccine was introduced in 2006, studies have shown a decrease in HPV infections among teenage girls. However, some parents are still reluctant to have their teens vaccinated. 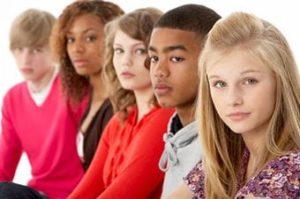 Some of that reluctance may be due to the nature of the HPV virus, which is spread through direct skin-to-skin contact during sexual activity, says gynecological cancer specialist Dr. Brent DuBeshter. Parents grapple with the idea of vaccinating a young child against a virus that is sexually transmitted. The larger point is that the vaccine is most effective when given at younger ages, and provides protection well into their adult years.

The HPV vaccine is given in a series of three shots, over a six-month period, although data are showing that even getting just two shots is very effective. It’s also worth noting that while the vaccine originally protected against four strains of HPV, the vaccine now protects against nine strains.

HPV infection is most common in people in their late teens and early 20s. Most sexually active people will get HPV at some time in their lives, though most will never even know it. There are about 40 types of HPV that can infect the genital areas of men and women. Most HPV types cause no symptoms and go away on their own. But some types can cause cervical cancer in women and other less common cancers in both men and women.

Three University of Rochester virologists – Richard Reichman, M.D., William Bonnez, M.D., and Robert Rose, Ph.D. – discovered that HPV virus-like particles, a harmless mimic of the infectious virus with no risk of infection, provoke a protective immune response against the HPV types included in current vaccines. The Rochester team was the first to show that HPV virus-like particles created an immune response capable of preventing infection of human tissue by HPV, and the first to test an HPV vaccine in people.

The Society of Gynecologic Oncology recommends that girls and boys be vaccinated against HPV to prevent HPV-related cancers. These vaccines, coupled with cervical cancer screenings, would eliminate most cervical cancers. Other cancers associated with HPV include cancer of the vulva, vagina, anus and penis. Some head and neck cancers may also be prevented with use of the HPV vaccine.

To demonstrate the vaccine’s potential for preventing cancer and saving lives, of the approximate 26 million girls under the age of 13 in the U. S.:

Brent DuBeshter, M.D., is a gynecological oncologist at UR Medicine’s Wilmot Cancer Institute and a professor of Obstetrics and Gynecology for the University of Rochester Medical Center.