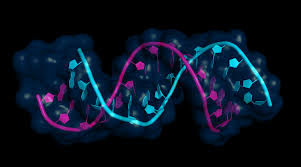 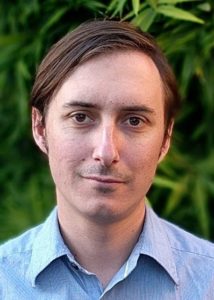 Assistant Professor, Department of Biochemistryand Biophysics and the Center for RNA Biology

CRISPR (Clustered Regularly Interspaced Short Palindromic Repeats), a powerful gene-editing tool, has been making headlines for its ability to edit DNA, which could one day transform how we fight cancer and other life-threatening diseases. It has also been shown to be a powerful tool in targeting a different genetic building block: RNA. This newer CRISPR-based tool offers several advantages: its edits, for instance, aren’t permanent, which makes gene editing much safer.

Imagine you are writing and misspell a word. How do you fix it? You erase the misspelled word and replace it with the correct spelling. Mitchell R. O’Connell, PhD, is doing the same thing using CRISPR in his lab, but with RNA that is made from mutated genes. CRISPR is based on a defense-mechanism bacteria used to ward off viruses. Bacteria immunize themselves with bits of viral DNA and use this immunity knowledge to minimize future attacks from viruses and diseases.

Research shows that the new CRISPR system, called Cas13, can work efficiently in human cells and edit mistakes in RNA. In the future, it could be used to treat diseases, as well as better understand the role that RNA plays in causing those diseases. “It’s another tool in the toolbox that we didn’t have access to before,” says O’Connell. “It opens up a whole new way to observe and tweak RNA behavior in cells. It’s a technology we haven’t had access to before and this is very exciting.”

RNA is used inside the body to help DNA build proteins which play an important role in causing diseases. RNA is constantly being made and recycled inside cells. If you edit RNA and make a mistake, the faulty RNA will likely degrade within 24 hours; however, if you edit DNA and make a mistake, that mistake is irreversible and could possibly lead to disease or be passed on to future generations.

The CRISPR system makes the entire gene editing process much easier, but there is still a long way to go. “It is very exciting, but there is still a lot of work to be done to make sure our RNA-targeting CRISPR systems work efficiently as possible,” says O’Connell. His lab continues developing CRISPR tools for a range of RNA-targeting applications. It is touted as being able to snip away some of humanity’s worse diseases. The ultimate aim is to use these tools to not only help unlock new areas of enquiry, but also to develop new therapeutic avenues for treating and preventing diseases.