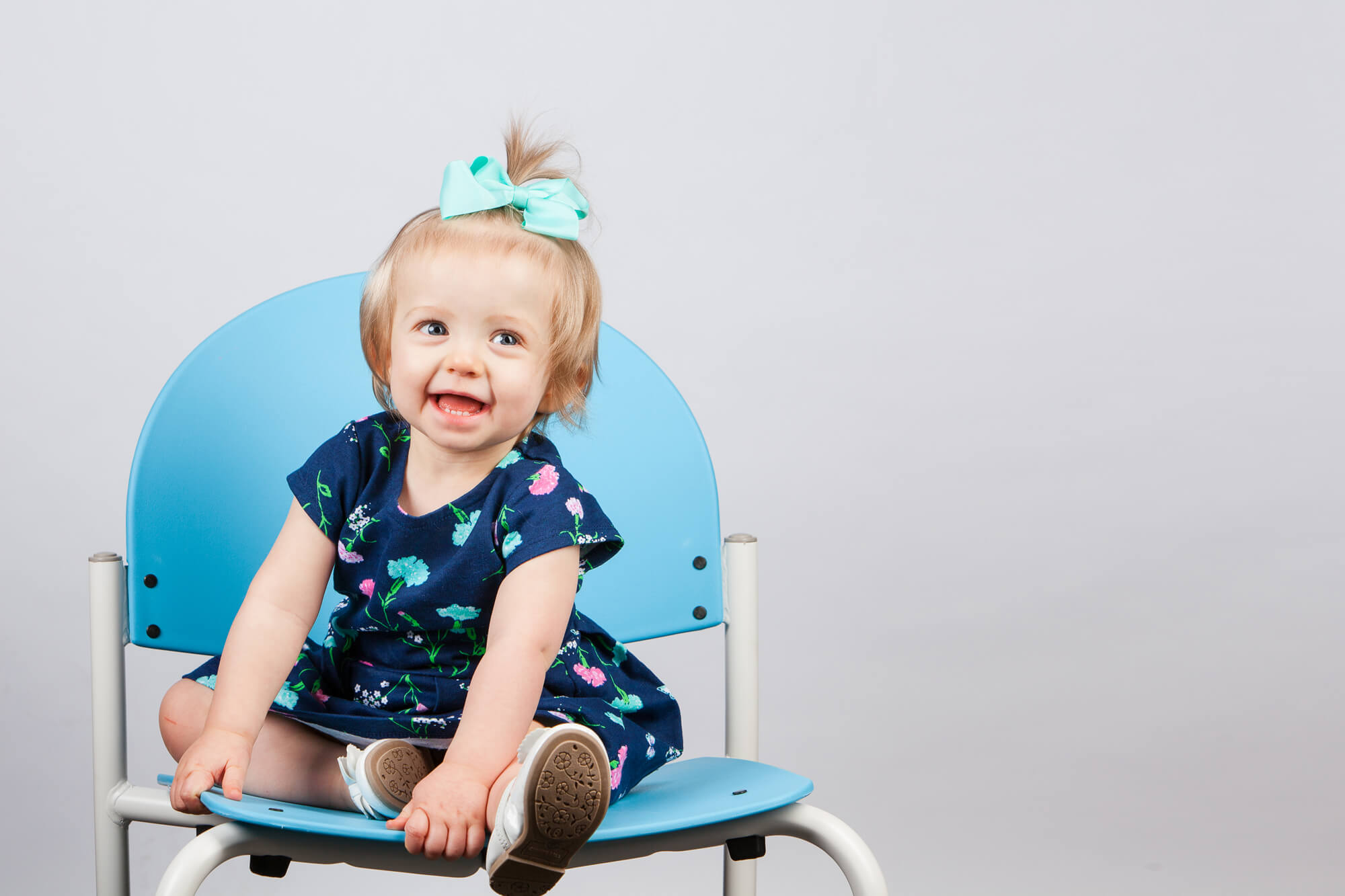 In September 2014, Honeoye residents Helen and Jason Severson set off for a routine prenatal appointment, excited to see their baby’s heartbeat on the black-and-white ultrasound monitor. Helen was 24 weeks pregnant and eagerly awaiting the arrival of her fourth child. However, this ultrasound proved to be anything but routine. Helen and Jason got the news all parents fear going into an ultrasound: something was wrong with their baby.

“It was horrible,” said Helen, who had three healthy children at home, and never expected to have a baby with abnormalities. “It was probably the worst day of my life.”

Helen and Jason quickly began researching VACTERL, which they learned occurs in one out of every 10,000 to 40,000 births. Although they were informed Kinley wouldn’t suffer from all of the VACTERL defects, they still were terrified about her diagnosis.

The couple consulted with a team of doctors upon arrival at the hospital, including Eva Pressman, M.D., chair of the Department of Obstetrics and Gynecology, Christopher Gitzelmann, M.D., pediatric surgeon, and Walter Pegoli, M.D., chief of Pediatric Surgery.

Pressman gave Helen and Jason information and explained the plan for Kinley’s delivery, and Gitzelmann and Pegoli spoke with them about the surgeries Kinley would need. Initially fearing the worst, Helen and Jason were relieved when Gitzelmann assured them that there were medical procedures that would increase Kinley’s chance of survival.

Gitzelmann, along with the help of doctors from pulmonary, radiology, cardiology, orthopaedics, and the neonatal intensive care unit, developed a care and treatment plan for Kinley so they could be as prepared as possible be for her arrival. 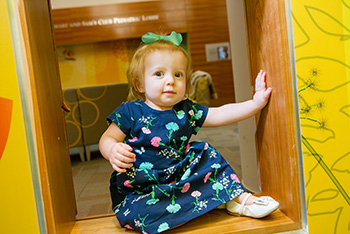 On Dec. 6, 2014, Kinley was born at 34 weeks. Kinley’s heart was on the wrong side of her body and she was missing her pulmonary artery and her right lung. Kinley had a few fusions in her ribcage and her vertebrae. The biggest problem was her esophageal atresia, which caused her esophagus to close in a blind-ended pouch rather than connecting normally to the stomach.

“Her lungs and her esophagus were our main areas of concern,” said Gitzelmann. Connecting the proximal (top) and distal (bottom) pieces of the esophagus is a complex procedure, and each child reacts differently to it.

Kinley went into surgery just four days after her birth with a gastrostomy tube, which allowed her to feed without having to depend on intravenous fluids. The first surgery was successful but left Kinley very sick, and she would spend a week on a ventilator due to acute respiratory failure.

Kinley began serial esophageal dilations at just 5 weeks of age. Gitzelmann would use two rigid metal rods and attempt to gently push against each end of the esophagus, hoping they would begin to grow toward each other. After 28 procedures, the gap between the two ends of Kinley’s esophagus had begun to shorten from 7 centimeters to just 2 – short enough that Gitzelmann could attempt to connect both ends with sutures.

On April 21, 2015, with Kinley just about 5 months old, Gitzelmann began the procedure. He had performed many of these procedures before, but esophageal atresia is always a unique challenge, as it presents differently in every patient. After a four-and-a-half-hour surgery, Kinley’s esophagus was a continuous tube that connected to her stomach.

The surgery was a success, but Kinley was left on a slew of different medications to get her through some of the pain. Things were very rocky for the next few weeks – Kinley needed multiple blood transfusions, a chest drain, needle aspiration, and was again put on a ventilator as Gitzelmann, along with the NICU staff, worked to get her breathing normally.

“Obviously, a major surgery on an infant with one lung is concerning to begin with,” said Helen. “Her right cavity filled up with fluid and it collapsed her lung.”

Due to the narrowing of her esophageal connection, Kinley now has routine dilations that are decreasing in frequency, currently just once every two months. Gitzelmann hopes Kinley will eventually no longer need routine dilations, and just get them as needed.

As for Kinley’s other defects, “She’s adapted very well,” said Gitzelmann, who noted that Kinley’s left lung has almost doubled in size in an attempt to compensate for the missing lung.

“The amazing part about Kinley is that nothing appears to be wrong with her,” he said. “It means so much that her parents have trusted us with her care and that she is doing so well.” Marsha Pulhamus, the pediatric nurse practitioner who has overseen Kinley’s care, was impressed with the love and time Helen and Jason gave their baby. 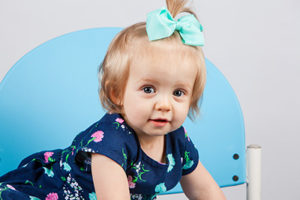 “Despite how long she was here, they were here on a regular basis,” she said. “Kinley’s come farther and is doing better than anyone ever imagined when we started this.”

Gitzelmann frequently jokes with Helen, asking if they’re sure they want to keep her. And though Helen and Jason have never taken Gitzelmann up on his offer to adopt Kinley, he still visits with her prior to her dilations, which continue to decrease in frequency as she grows and adapts to her new digestive tract.

Thanks to the team at Golisano Children’s Hospital, it looks like Chloe will be able to squeeze Kinley’s nose for a long time.