Two University of Rochester researchers—Chunlei Guo, a professor with the University’s Institute of Optics; and Kirsi Jarvinen-Seppo, Founders’ Distinguished Professor of Pediatric Allergy and an associate professor of pediatric allergy/immunology and allergy/immunology, and rheumatology—were recently awarded separate $1.5 million grants from the Bill & Melinda Gates Foundation, which is the largest private foundation in the world. These are the largest Gates Foundation grants ever awarded in the University’s history.

“Many of the world’s biggest problems are being addressed, and even solved, in the labs and minds of researchers like these,” said Rob Clark, provost and senior vice president for research at Rochester. “We are grateful to the Bill & Melinda Gates Foundation for recognizing and supporting our researchers, and seeing how their work could have a major, global humanitarian impact.”

Both Guo’s and Jarvinen-Seppo’s projects are focused on finding much-needed solutions to global problems, such as illness and mortality, that are associated with poor sanitation and nutrition. Consider this: More than 35 percent of the world’s population—an estimated 2.5 billion people—lack adequate sanitation facilities. This is estimated to cause nearly 300,000 diarrheal deaths annually and is linked to cholera, dysentery, hepatitis A, typhoid, and polio, among other diseases.

These diseases could be avoided if people had access to clean facilities and could practice proper hand washing. But clean water is scarce in many parts of the developing world, making disease prevention difficult. 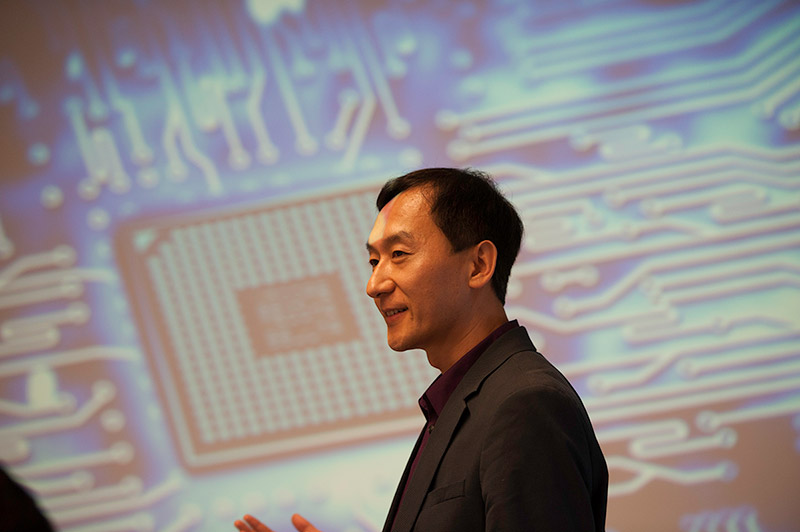 Guo is developing alternative sanitation systems to address the problems associated with the lack of clean water. He was awarded his first $100,000 grant from the Bill & Melinda Gates Foundation in 2011 to develop sanitation technology with extremely water-repellent, or superhydrophobic, materials. He received a similar $100,000 grant from the foundation in 2012, and a third grant for $400,000 in 2014.

With Guo’s new grant funding, he and his team will partner with the China-based Changchun Institute of Optics, Fine Metals, and Physics to develop a prototype system that they will deploy and field-test in an African community. The system will include a modular fecal-phobic treated plastic drop hole liner with trap door and solid waste, wet waste, rain water, and cooling systems that use Guo’s superhydrophobic technology, which can actually self-clean.

“Our system will provide a sanitary experience while being cost-effective and easy to install and will not require external energy or sewage systems,” Guo added. “It is my hope that we can create a real-world application to waste management systems in developing countries.” 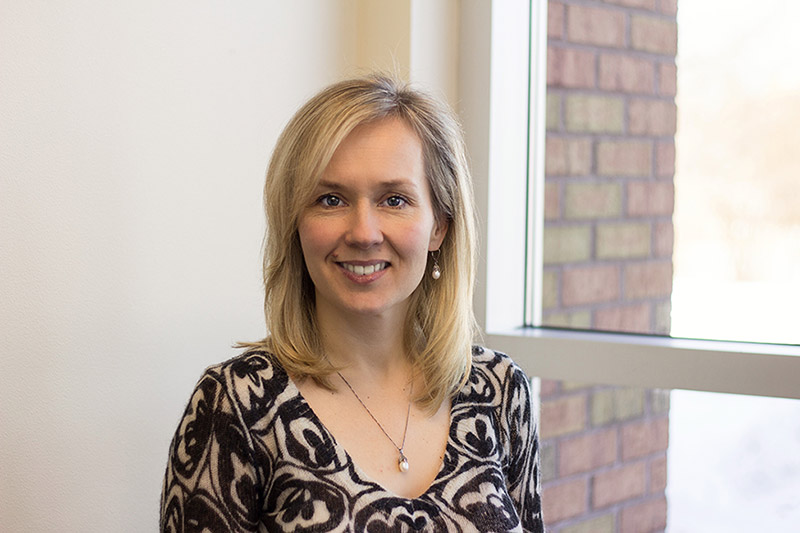 Jarvinen-Seppo, a pediatric allergist and immunologist, is leading a team from five centers to explore whether breastmilk can offer infants protection from key infectious diseases. Over the next year, researchers will analyze breastmilk samples from different geographical areas of the world to determine whether certain antibodies that fight bacteria and viruses are passed from mothers to infants through breastmilk.

“The grant will allow us to collect important data and see if there are differences in breast antibody profiles across various geographic locations relating to disease outcomes in infants,” said Jarvinen-Seppo. “We can then better explore the connection between the presence of antibodies and protection against key diarrheal and respiratory diseases in infants.”

In addition to grants noted here, the Bill & Melinda Gates Foundation has awarded three other $100,000 grants to University faculty in recent years. Biology professor John Jaenike received two (2010 and 2012) for his research to help protect crops from pests without using toxic chemicals. In 2008, biochemistry and biophysics professor Harold Smith received a Gates Foundation grant for innovation in HIV/AIDS drug discovery.