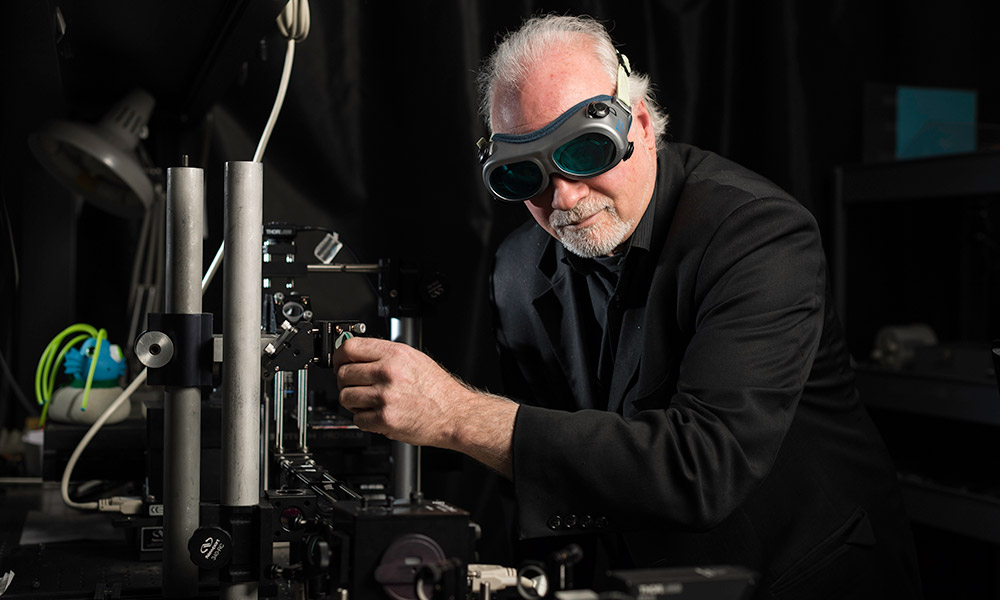 As a teenager, Wayne Knox ’79, ’84 (PhD) “sometimes filled the house with smoke” while building short wave radios and other electronic gadgets from scratch.

This week the University of Rochester professor of optics is among the latest fellows to be elected to the National Academy of Inventors for demonstrating a “highly prolific spirit of innovation in creating or facilitating outstanding inventions that have made a tangible impact on quality of life, economic development, and the welfare of society.”

Knox has been awarded 50 US patents, and another 150 or so worldwide, starting with one he received for work that he did as an undergraduate at the University. Most recently, he co-invented a potentially game-changing way of noninvasively correcting vision using femtosecond lasers.

Read more about Wayne Knox at the Hajim School of Engineering and Applied Sciences website.