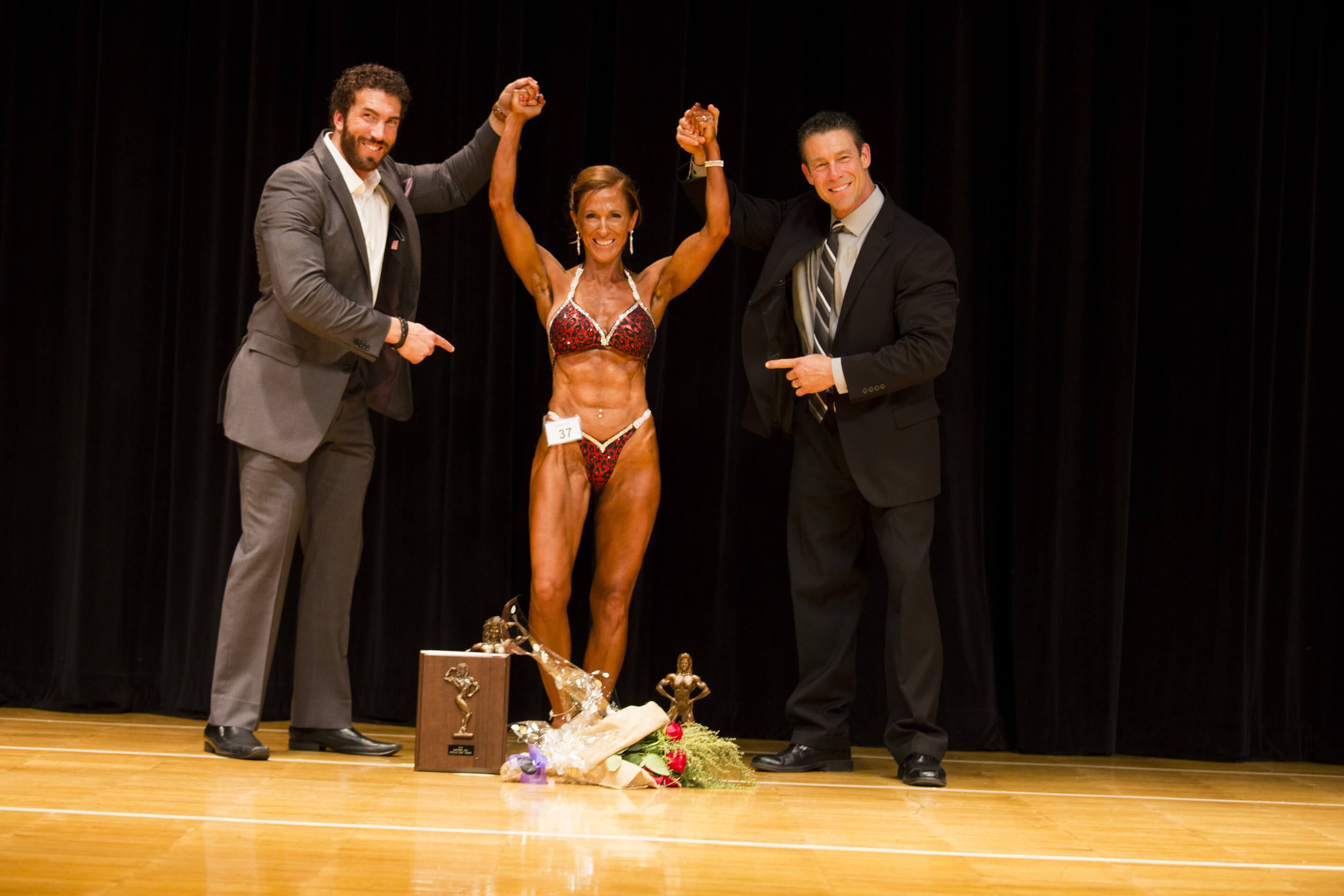 Beth Mandyck, a 55-year-old labor and delivery nurse, had reached some key goals in her chosen sport of bodybuilding, when in late 2016 she found herself with limitations due to a painful right knee. Just four and a half months after undergoing surgery to address the problem, Mandyck entered the Mr/Ms Buffalo Championships, a regional amateur bodybuilding competition and came out a champion.

Mandyck had turned to Michael Maloney, MD, chief of sports medicine at the University of Rochester Medical Center, to perform surgery on her torn meniscus. The orthopaedic surgeon not only removed the meniscus, but also did a “more extensive clean” to remove debris resulting from osteoarthritis. He notes this is the most common form of arthritis and is “the number one cause of visits to orthopaedic surgeons.” Osteoarthritis occurs when the cartilage that cushions a joint wears away.

Due to the cleaning procedure, Mandyck’s knee took longer to recover, but she was determined to get back to training and competing, saying she treated her post-surgical rehabilitation “like it was my job.” As proof of her determination, on April 1st, Mandyck was able to accomplish something no man or woman her age had ever done: she became the oldest person—by a decade—to win the overall title of “Ms Buffalo Bodybuilding”. According to Joe Lazzaro, the show’s promoter, women have competed for 31 of the 60 plus year history of the event, which is governed by the National Physique Committee, the largest amateur bodybuilding organization in the U.S. As a result of her overall regional win, she also qualified for her first national bodybuilding event.

Mandyck, who is married and the mother of a 17-year-old son, says she started training in 2014 as a way to build her strength and stamina as a labor and delivery nurse. While in the gym, she was encouraged by others including her trainer, Jean-Claude Desardouin, to try bodybuilding. Today she can safely train and compete despite having occasional pain, which her surgeon says isn’t unexpected, given “the high impact that she does.”

Make an Impact
Musculoskeletal disorders have a profound effect on people’s physical function, overall health, and quality of life. You can help people around the world live their lives in motion. To learn how, please contact Dianne Moll, Director of URMC Advancement, at (585) 273-5506.