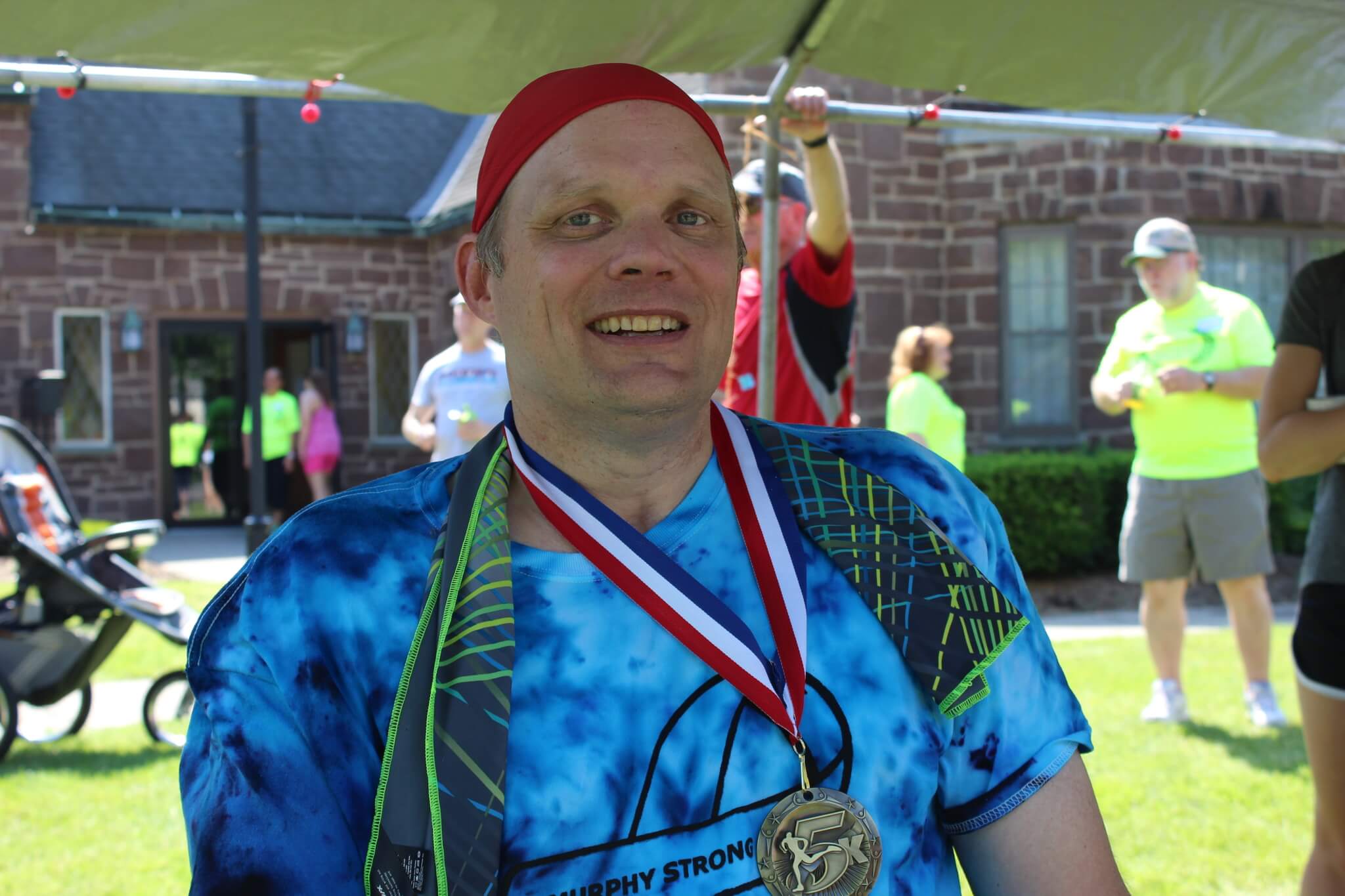 At age 45 and in top-notch health, David Murphy relished time spent outdoors hunting, fishing, and riding his Harley-Davidson. But after a teenage driver ran a Wayne County stop sign on July 6, 2013, hitting Murphy on the motorcycle, his life changed drastically. He was airlifted to UR Medicine’s Strong Memorial Hospital with dislocations in two separate regions of his spine and two separate spinal cord injuries; multiple organ injuries; rib fractures; and multiple fractures of the lower extremities. His complex treatment plan ranged from internal fixation of multiple fractures to surgery to realign both dislocations of the spine and put his spinal column back in place. During his 11 weeks in the hospital—including nearly three spent in a coma—his care team worried initially about his survival and then about his recovery. Doctors rated his chance of walking again at “less than 1%.”

No one could have predicted that in June 2017 Murphy would walk a 5K in Newark, NY in two hours 15 minutes, with just two canes and the encouragement of friends and family. Dr. Robert Molinari, chief of UR Medicine’s Division of Spinal Surgery, calls him “the poster patient for hope in spinal cord injury.” Murphy’s recovery “is miraculous,” and Dr. Molinari is thrilled to see his patient keep reaching new goals. “If he told me he was going to fly, I’d believe him.”

Murphy notes, “I just figured when I got hit, God gave me a bigger challenge.” He thanks his wife, Tracy, and friend, Lee Powers, for amazing on-going support. Powers came often to Murphy’s house to do exercises so he could gain strength, flexibility, and mobility. “That first year was just trying to get him to stand up—because of his drive, it drove me.”

Make an Impact
Musculoskeletal disorders have a profound effect on people’s physical function, overall health, and quality of life. You can help people around the world live their lives in motion. To learn how, please contact Dianne Moll, Director of URMC Advancement, at (585) 273-5506.