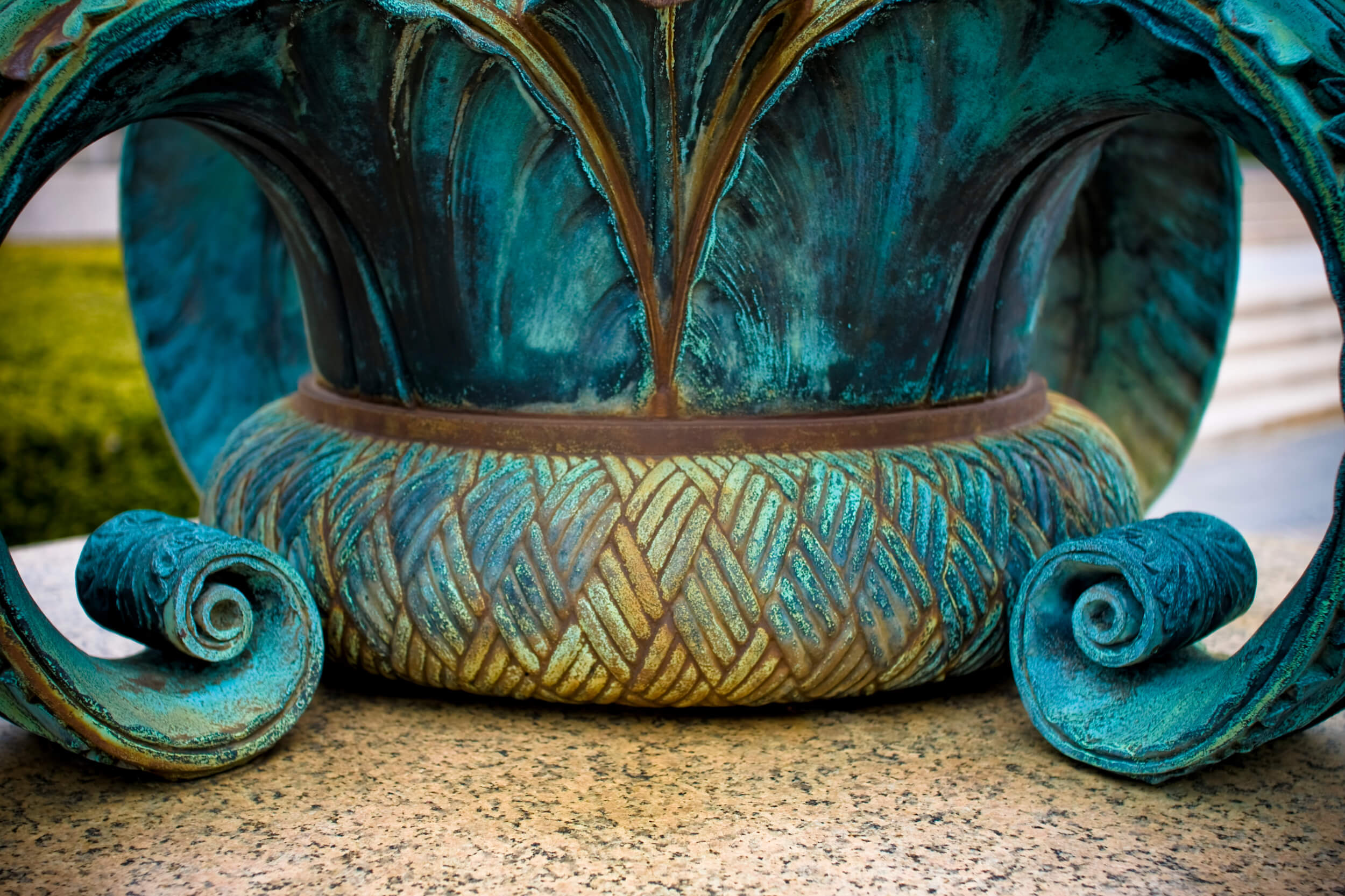 In 2008, satellites detected an unexpectedly large presence of high-energy positrons in our neighborhood of the galaxy. These positrons—antimatter particles with the same mass as an electron, but with a positive charge—have since puzzled scientists with the cosmic mystery of their origins.

Now, scientists at the High Altitude Water Cherenkov (HAWC) Gamma Ray Observatory in Mexico have captured the first wide-angle view of high-energy photons emitted from two known pulsars close to us in the galaxy. Their observations, recently published in Science, show it is unlikely the pulsars are the cause of the excess positrons. 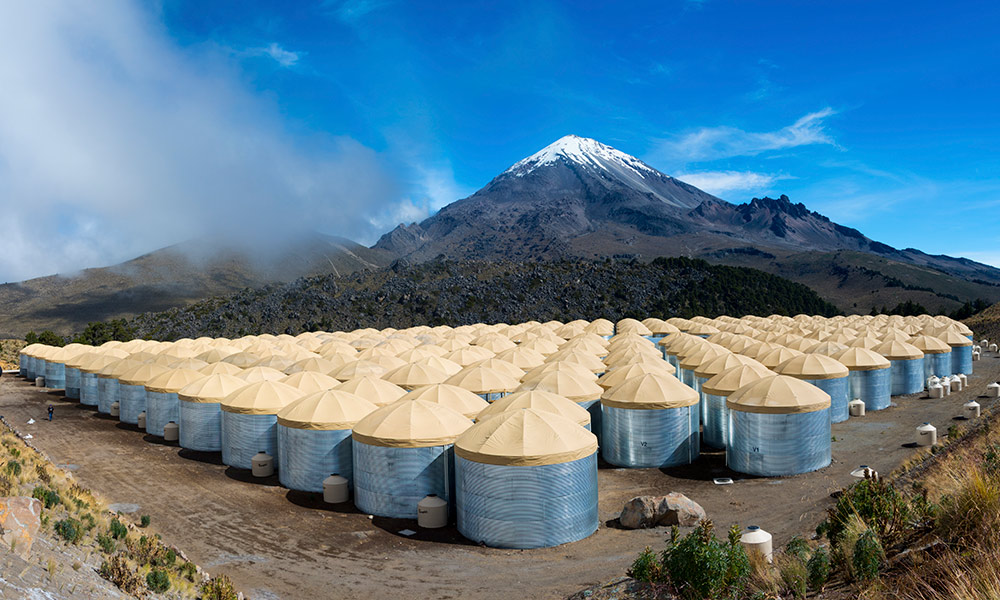 The High Altitude Water Cherenkov (HAWC) Gamma Ray Observatory in Mexico is composed of 300 massive tanks, each filled with more than 50,000 gallons of purified water. Photosensors at the bottom of each tank detect cascades of cosmic and gamma rays. (University of Rochester photo/Segev BenZvi)

“Although this doesn’t prove that dark matter is the source of the excess, we have ruled out the two most obvious source candidates,” says Segev BenZvi, an assistant professor of physics and member of the HAWC collaboration. “This makes the excess an even bigger mystery.”

BenZvi has been a member of the HAWC collaboration since the observatory was constructed in 2011, at 13,500 feet above sea level on the side of the Sierra Negra volcano in Mexico. The observatory’s high elevation ensures that more cosmic radiation survives without being completely absorbed into the atmosphere. This allows the collaboration to work toward its mission of observing gamma and cosmic rays and exploring the enigma of dark matter.

Dark matter is so named because nobody can see it, but scientists can tell it exists because of its gravitational influence. They hypothesize it may be a type of elementary particle, akin to quarks or electrons. One of the most widely accepted hypotheses about dark matter, however, is that it is some sort of massive particle that can interact and annihilate or decay, producing large amounts of electrons, positrons, and gamma rays. 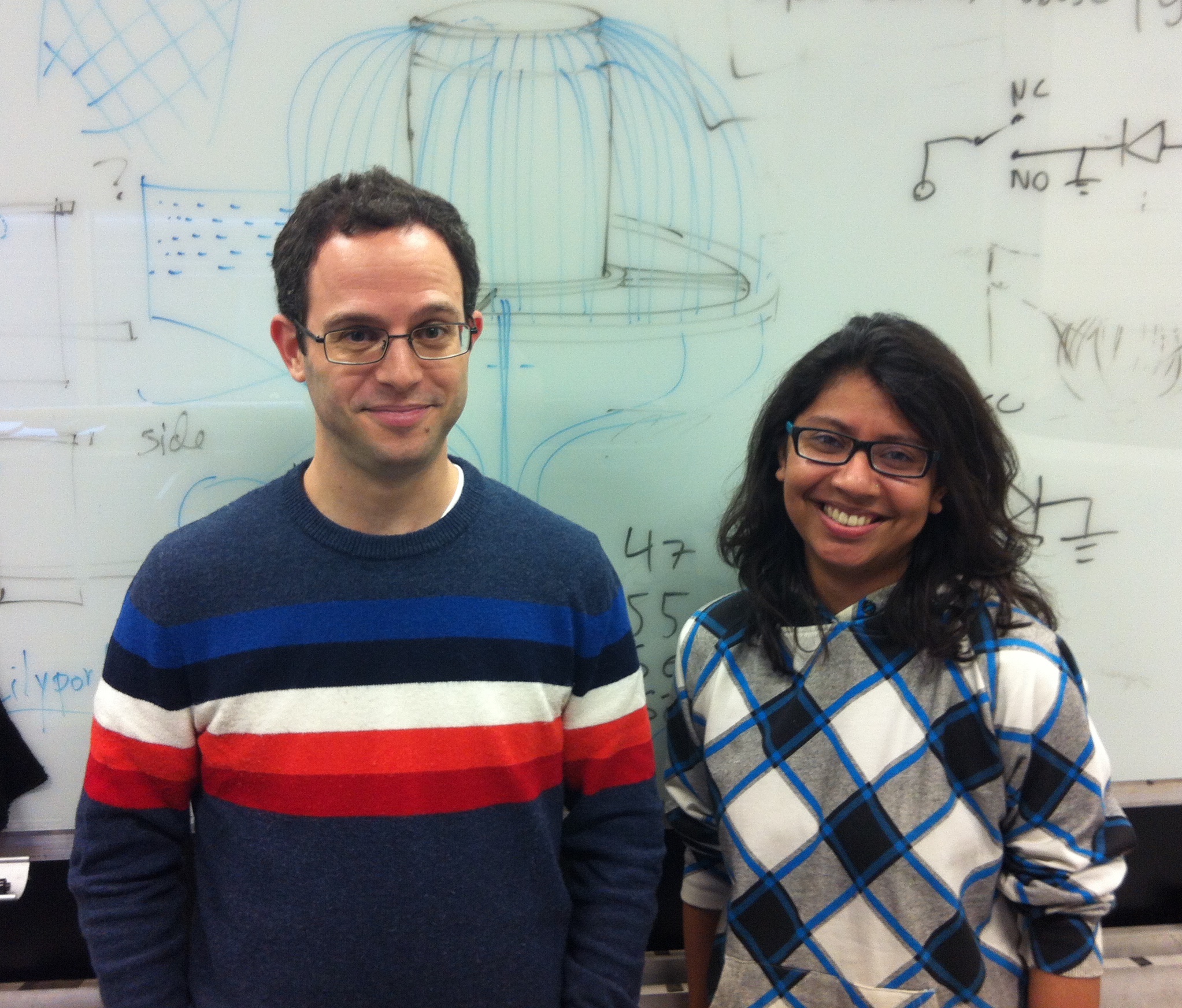 Segev BenZvi, assistant professor of physics, and PhD student Mehr Un Nisa in BenZvi’s lab in Rochester. Both assisted in building parts of the gamma ray detector at the HAWC and deploying the tanks, including writing software and algorithms for measuring the gamma ray output. (University of Rochester photo/Segev BenZvi)

The HAWC observatory is composed of 300 massive tanks, each filled with more than 50,000 gallons of purified water. Photosensors at the bottom of each tank detect particle air showers produced by cosmic rays and gamma rays. BenZvi, along with PhD students Mehr Un Nisa and Chang Rho and postdoctoral researcher Tolga Yapici, assisted in building parts of the gamma ray detector and deploying the tanks, including writing software and algorithms for measuring the gamma ray output.

When the gamma rays enter our atmosphere from space, they essentially split into two charged particles: an electron and a positron. These particles produce more gamma rays, and the cycle repeats in a chain reaction known as an extensive air shower.

“In the air shower, you have one particle turning into something like 100 million lower energy particles moving in a pancake shape at the speed of light,” BenZvi says.

The pancake of particles is about 100 meters across—the length of a football field—and a couple of meters thick when it reaches the tanks of water on the ground. When the particles enter the water at the speed of light, they emit ultraviolet light, which is picked up by the photosensors. By piecing together the information from the different detectors, and applying computer models and calculations, researchers can tell where the original first particle came from and make a rough estimate of its original energy. 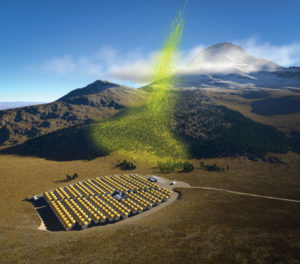 Learn how scientists at the HAWC Observatory use simple tools to probe the universe.

“Our results allowed us to conclude that the fraction of positrons produced by [the two pulsars]  Geminga and PSR B0656+14 was not enough to explain the positrons that have been observed by satellite experiments near Earth,” Nisa says. “This rules out these two nearby pulsars as potential sources of excess positrons.”

If the pulsars aren’t the source—and if dark matter is—that’s an exciting development, BenZvi says.

“If these high levels of energy are instead due to dark matter particles annihilating, that’s amazing because we have huge amounts of astronomical evidence that dark matter exists, but we haven’t been able to directly measure it.”

Although scientists are still uncertain about the source of the excess positrons, detecting and ruling out sources allows them to learn about a variety of astrophysical objects, their energies, and their effect on their interstellar surroundings. And, it might lead them closer to explaining dark matter.

“The nature of dark matter remains one of the biggest unanswered questions in astrophysics,” Nisa says. “Getting closer to figuring out what dark matter is made of will help us understand how it holds galaxies together and the role it plays in large scale structure formation in the universe.”