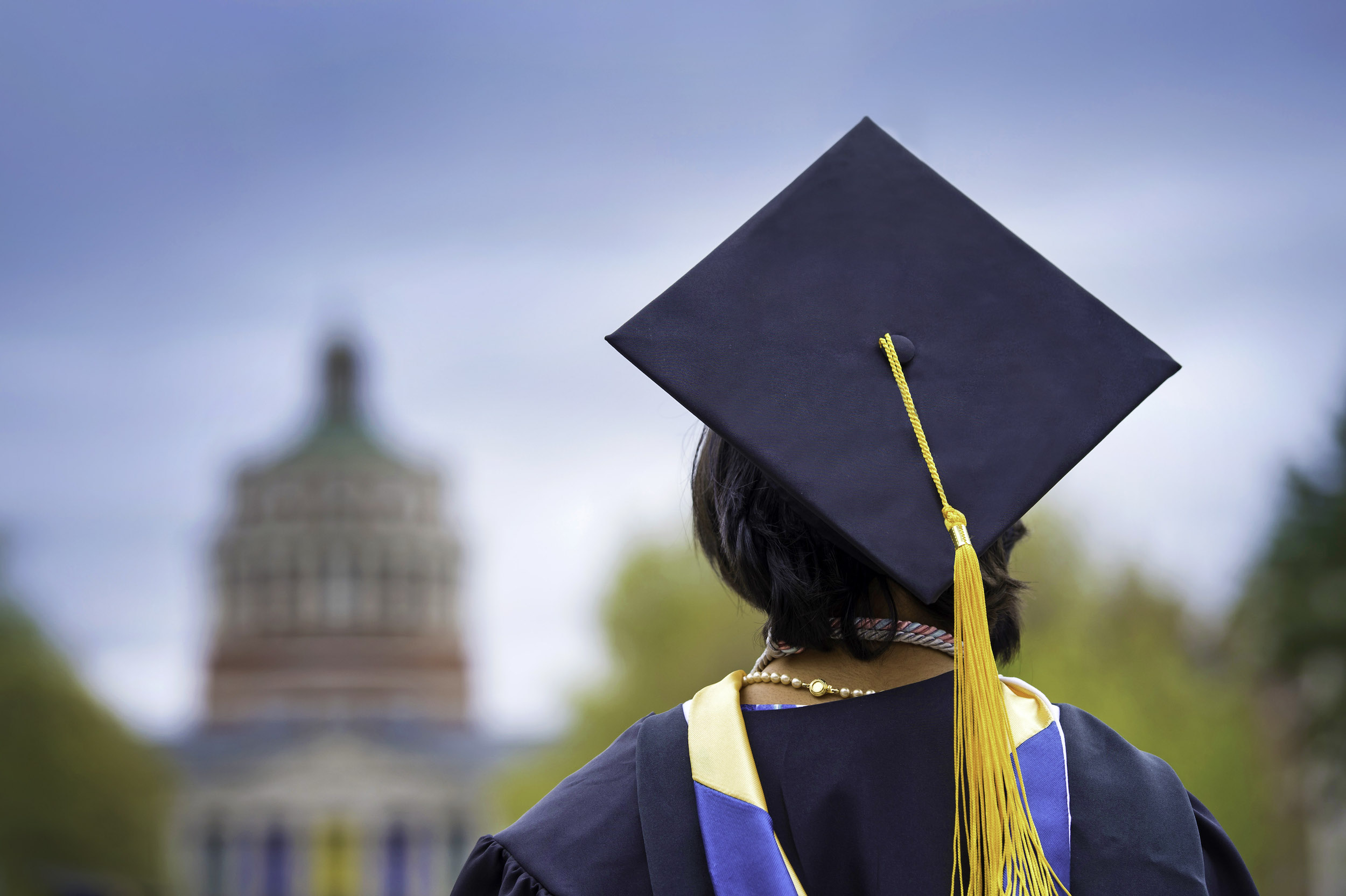 Richard Thaler, who earned his graduate degrees at the University of Rochester, has received the 2017 Nobel Prize in Economic Sciences “for his contributions to behavioral economics.”

A leading scholar on the intersection between human behavior and economic decision making, Thaler has been instrumental in arguing that traditional economic models don’t adequately account for how people approach economic decisions. Over the course of his career, he has been highly regarded for work that explores how ideas in psychology influence decision making in economics and other areas. According to Thaler, people are prone to a variety of influences, ranging from altruism to laziness, that affect how they behave and those influences should be considered by economists and other policy makers. 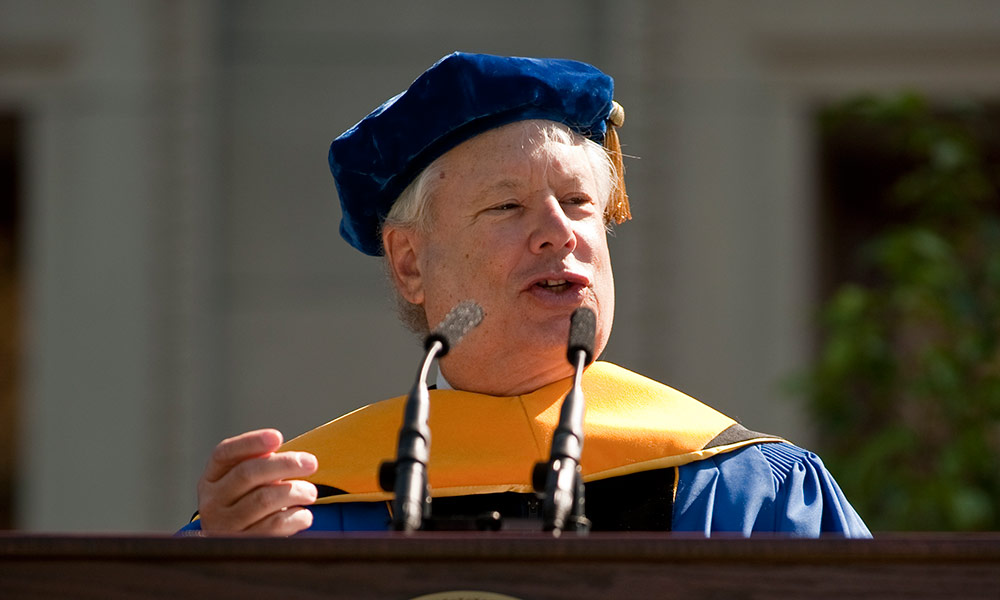 “Richard Thaler has been a leader in this transformation of how we think about economics and human behavior,” Seligman said. “His work has been deeply influential, exploring how people make economic decisions and helping to explain how seemingly irrational decisions in fact have a sound psychological basis.”

“We join with many around the world in congratulating him on this significant recognition of his intellectual achievements.”

The ninth Rochester Nobelist, Thaler is the sixth alumnus to receive the award, and the second honored in economics. The award, formally known as the Sveriges Riksbank Prize in Economic Sciences in Memory of Alfred Nobel, was announced Monday, October 9, in Stockholm.

Thaler received his master’s degree in 1970 and his PhD in 1974, both from the Department of Economics.

He was an instructor and assistant professor at what is now Rochester’s Simon Business School. Since 1995, he 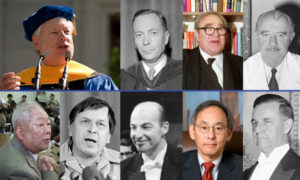 Richard Thaler joins a long list of Rochester alumni and faculty who have been recognized by Nobel Prize committees. Learn more about our other Nobel laureates

has been on the faculty of the Booth School at the University of Chicago, where he holds the title of Charles R. Walgreen Distinguished Service Professor of Behavioral Science and Economics.

He is the author of several popular works, including Nudge: Improving Decisions about Health, Wealth, and Happiness, cowritten with Harvard Law School Professor Cass Sunstein; and Misbehaving: The Making of Behavioral Economics.

During a press conference at Chicago shortly after the announcement, Thaler acknowledged that bringing psychological perspectives into economics was a tough sell for many in the field, and he noted that he doesn’t think he has changed the minds of his peer economists over the last 40 years.

“The growth of the field is really due to the people who followed me,” he said.

Yet his work has clearly influenced people. British politician David Cameron, who served as prime minister from 2010 to 2016, created a Behavioral Insight Team after reading Thaler’s book, Nudge.

“And according to the World Bank, there are now 75 such units (behavioral insight teams) around the world,” Thaler said.

Thaler has returned to Rochester regularly as guest and honoree. He was a panelist for the Presidential Symposium during Meliora Weekend in 2009. The University awarded him an honorary degree in 2010.