University of Rochester alumnus Derek Peterson ’93 is one of this year’s 24 recipients of a John D. and Catherine T. MacArthur Foundation fellowship—commonly known as the “genius grant.”

Peterson, a professor of history at the University of Michigan, was recognized for his work in reshaping the understanding of African colonialism and nationalism in studies that emphasize East African intellectual production. Fluent in Gikuyu and Swahili, important languages in eastern Africa, Peterson draws on a range of vernacular and English-language sources written by Africans, including record books, diaries, religious pamphlets, syllabi and dictionaries, oral histories, and letters.

“Africa is a marginal place, when seen from the vantage point of the United States, and African studies scholars usually labor in dignified obscurity,” says Peterson, who hopes the MacArthur can widen the readership for his work, beyond academic circles. 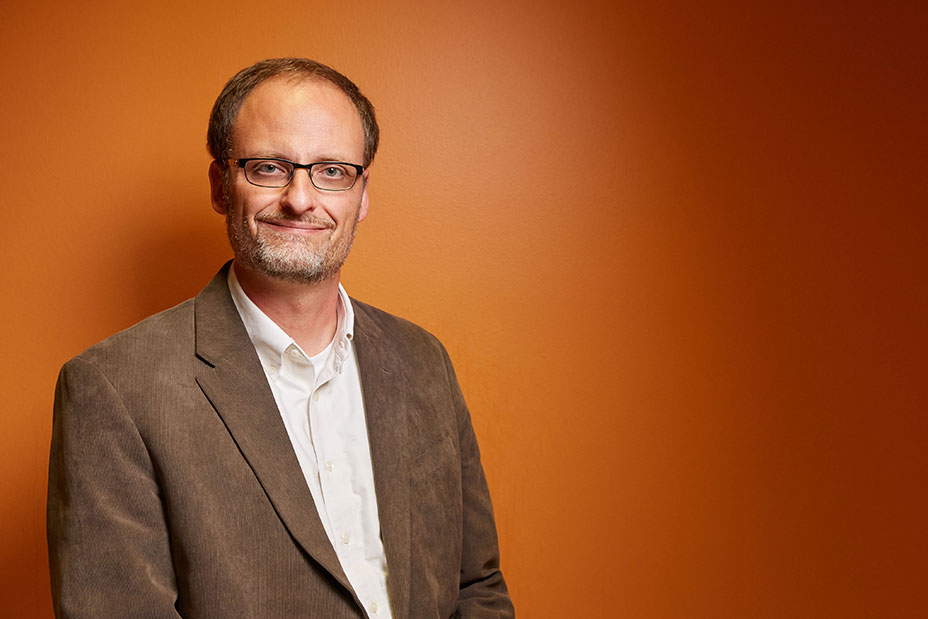 Among his current projects, he’s writing a book about Ugandan dictator Idi Amin, using newly uncovered archival materials “to understand how ordinary Ugandans dealt with his dysfunctional and violent government,” he says. “I think it’s important, in today’s America, that we understand how dictatorships work, how they transform activism into a form of demagoguery.”

Peterson joins musician Rhiannon Giddens, journalist Nikole Hannah-Jones, writers Viet Thanh Nguyen and Jesmyn Ward, computer scientist Stefan Savage, immunologist Gabriel Victora, and other scholars, artists, creative professionals, and social entrepreneurs who were among those selected for the 2017 MacArthur class, which was announced Wednesday. According to the foundation, the program “is intended to encourage people of outstanding talent to pursue their own creative, intellectual, and professional inclinations.”

Among the University community, Peterson joins MacArthur fellow and author Joanna Scott, the Roswell Smith Burrows Professor of English, who received the accolade in 1992.

“The history department is very proud that our alumnus has been awarded a MacArthur fellowship,” says departmental chair Matthew Lenoe. “Scholars have long talked about the importance of recovering grassroots African voices during the colonial era—Peterson has actually done so. His painstaking work reveals the complexity of African intellectual life in the colonial era, and the ways in which Africans actively engaged the challenge of imperialism.”

At Rochester, Peterson double-majored in history and political science, was inducted into Phi Beta Kappa, took bassoon and saxophone lessons at the Eastman School of Music, and sang for four years in a barbershop quartet called the Touch Tones.

“We didn’t set new standards for musicality,” he says. “But we did have a great time together, and entertained a lot of people.”

An early riser, Peterson was the jazz director for the campus station WRUR, where he also had a weekly radio show that aired at 6 am.

“UR was a terrific place to be in the early 1990s,” says Peterson. At Rochester, he met his future wife, electrical engineering major Becky Lorenz Peterson ’95, ’96 (T5), who happened to be the accompanist for a bassoon recital he gave in his junior year. She is now a member of the engineering faculty at Michigan.

As an undergraduate, Peterson interned for the University’s communications department and wrote for the Campus Times. At one point, the future historian contemplated a career in music. He also ran unsuccessfully to be Students’ Association president.

But in the summer of his sophomore year, Peterson began to shift his focus after a three-month stint in Kenya. Living with a Maasai pastor in southern Kenya was “a life-changing experience,” he recalls. “It taught me how much I had to learn.”

Upon returning to Rochester that fall, he took as many courses on Africa as he could cram in, studying African history with professor Elias Mandala, and African politics with the late professor Sam Nolutshungu.

Mandala says Peterson has had wide influence in the modern understanding of African history.

“I have followed with admiration and fondness his distinguished career as a professor of African history at Cambridge University and the University of Michigan and as an author of award-winning books,” Mandala says. “I am not surprised that he has been named a MacArthur fellow. He has changed the way we think of missionary enterprise and ethnicity in African history.”

After graduation, Peterson won a Fulbright grant, which took him for a year to Kenya. He earned his PhD at the University of Minnesota, where he studied with Allen Isaacman, who had been Mandala’s mentor as well.

Peterson has focused his academic career on eastern Africa’s intellectual cultures, specifically the history of Gikuyu-language literature in central Kenya, and most recently on Uganda.

In Uganda, he has been working with colleagues for the past 10 years to preserve, organize, and digitize endangered local government archives. The project is based at Mountains of the Moon University in Fort Portal. Together they have created the largest digitized repository of government documents in Africa.

Apart from ample prestige, a MacArthur fellowship comes with a $625,000 grant, paid out over five years, with no strings attached. Peterson hopes that the money will allow him to branch into new media and help pay for some of the costs. “I’ve just started working with colleagues at the Uganda Broadcasting Corporation on a project to digitize the radio and television archives, which stretch back to the 1960s,” he says.

The award program is famous for the opacity of the process by which recipients are selected. A nationwide network of hundreds of nominators suggests names from which an anonymous committee of about a dozen people makes the final selections.

Peterson himself was taken by surprise.

Just as it dawned on Peterson who was calling him—and amidst frantic thoughts along the lines of “I can’t believe I am having this conversation”—his handset went dead. “The MacArthur people thought I had fainted,” chuckles Peterson. “After we were reconnected, and I assured them of my even temperament, we had the rest of a very unreal conversation.”