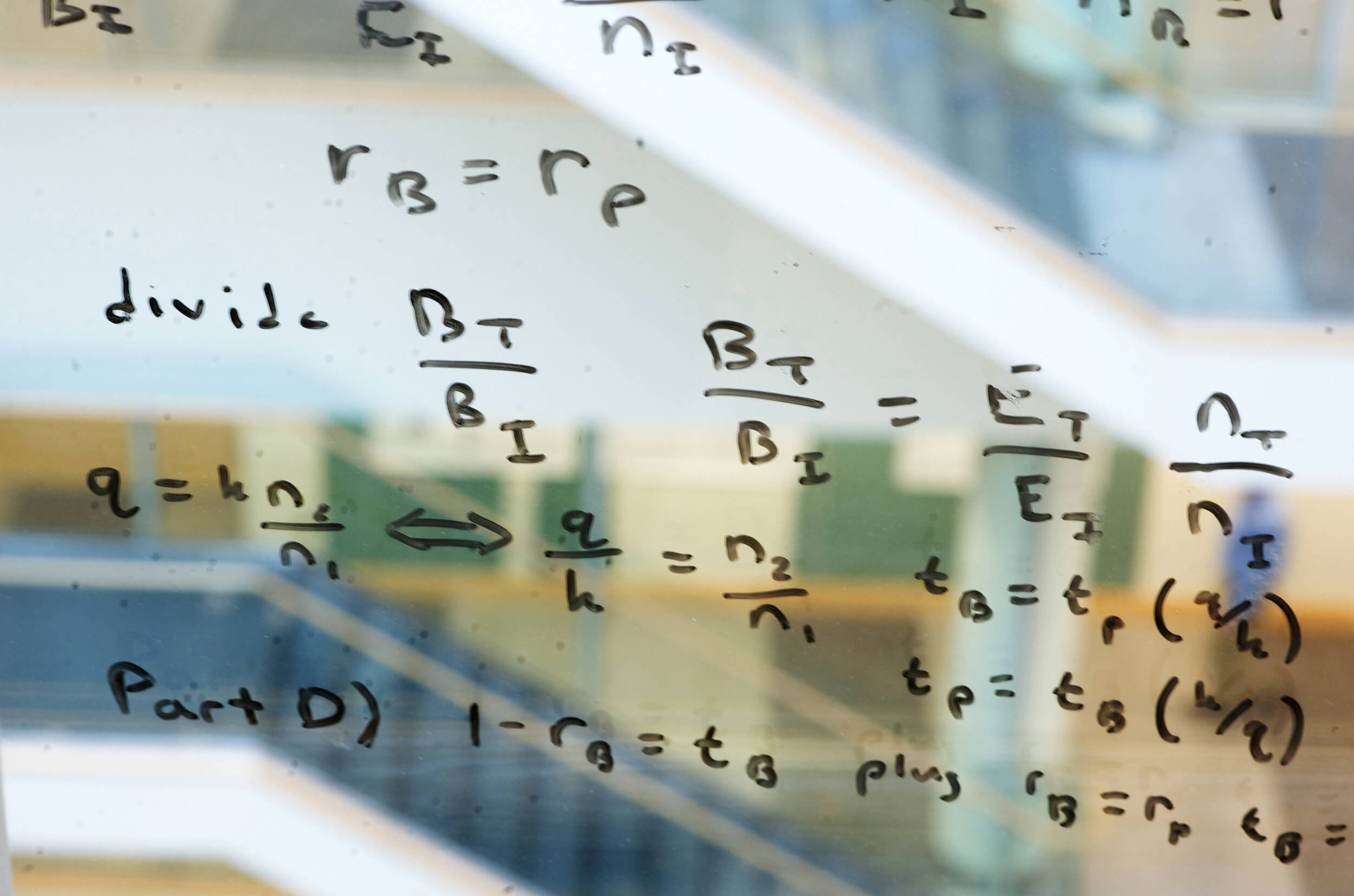 University Trustee Stephen Biggar ’92 and his wife, Elisabeth Asaro-Biggar ’92, have made a leadership gift to support athletics and data science, two leading priorities at the University of Rochester.

“A key element of the University’s strategic plan, data science is transforming knowledge and discovery worldwide,” says Joel Seligman, University President, CEO, and G. Robert Witmer, Jr. University Professor. “We are also committed to athletics as a vital piece of the student experience. The Biggars’ exemplary generosity helps fulfill both of these goals.”

In recognition of their gift, the entryway to Genesee Hall and the Boehning Varsity House will be named the Big “R” Atrium. The Varsity House contains new locker, sports medicine, and equipment rooms, and the atrium serves as a central gathering space as part of this latest addition to the Brian F. Prince Athletic Complex. The projects reflect an ongoing effort to improve the University’s athletic facilities, which began with an extensive renovation of the Robert B. Goergen Athletic Center in 2000. 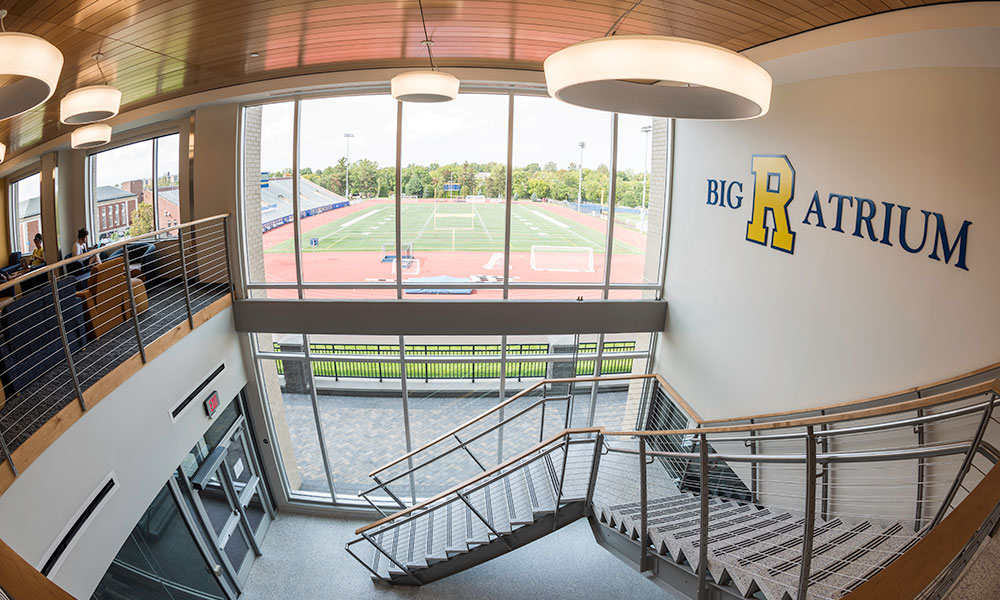 The Big “R” Atrium, the entryway to Genesee Hall and the Boehning Varsity House, is named after University trustee Stephen Biggar ’92 and his wife, Elisabeth Asaro-Biggar ’92, in recognition of their leadership gift to support athletics and data science. (University photo / J. Adam Fenster)

As former varsity soccer players, Biggar and Asaro-Biggar are firm believers in the value of college athletics. “Liz and I were fortunate to experience the remarkable sense of community that exists at Rochester, both on and off the field,” says Biggar. “We are thrilled to help provide students with a new, modern space and hope it fosters an even greater sense of pride on campus.”

The Biggars’ support also bolsters the University’s robust efforts in data science. Wegmans Hall, an interdisciplinary hub for data science, opened its doors this past spring and houses the Goergen Institute for Data Science, a University-wide center for data science research.

The Biggars’ gift helps the University recruit and retain the best talent in the rapidly growing and competitive field by funding fellowships for junior faculty and professorships for senior faculty. In August, Amanda Larracuente, assistant professor of biology, was appointed the Stephen Biggar ’92 and Elizabeth Asaro ’92 Fellow in Data Science, and Ehsan Hoque, assistant professor of computer science, was named the Asaro Biggar Family Fellow in Data Science. The fellowships carry a term of three years and allow the University to honor and encourage outstanding faculty early in their careers.

“Academic programs like these require the best people behind them,” says Biggar. “We saw this as an opportunity to help build the data science program at an important, formative stage. With top faculty, Rochester can be at the forefront of the field.”

A partner at an investment firm in New York City, Biggar is a University trustee. Asaro-Biggar is a professional musician and will release her debut album this fall. Both are members of the Athletic Campaign Committee and the Friends of Rochester Athletics, and are active volunteers for the University. They reside in New York City with their children.

A dedication ceremony for the Big “R” Atrium, Boehning Varsity House, and Genesee Hall will occur on October 12 during Meliora Weekend.