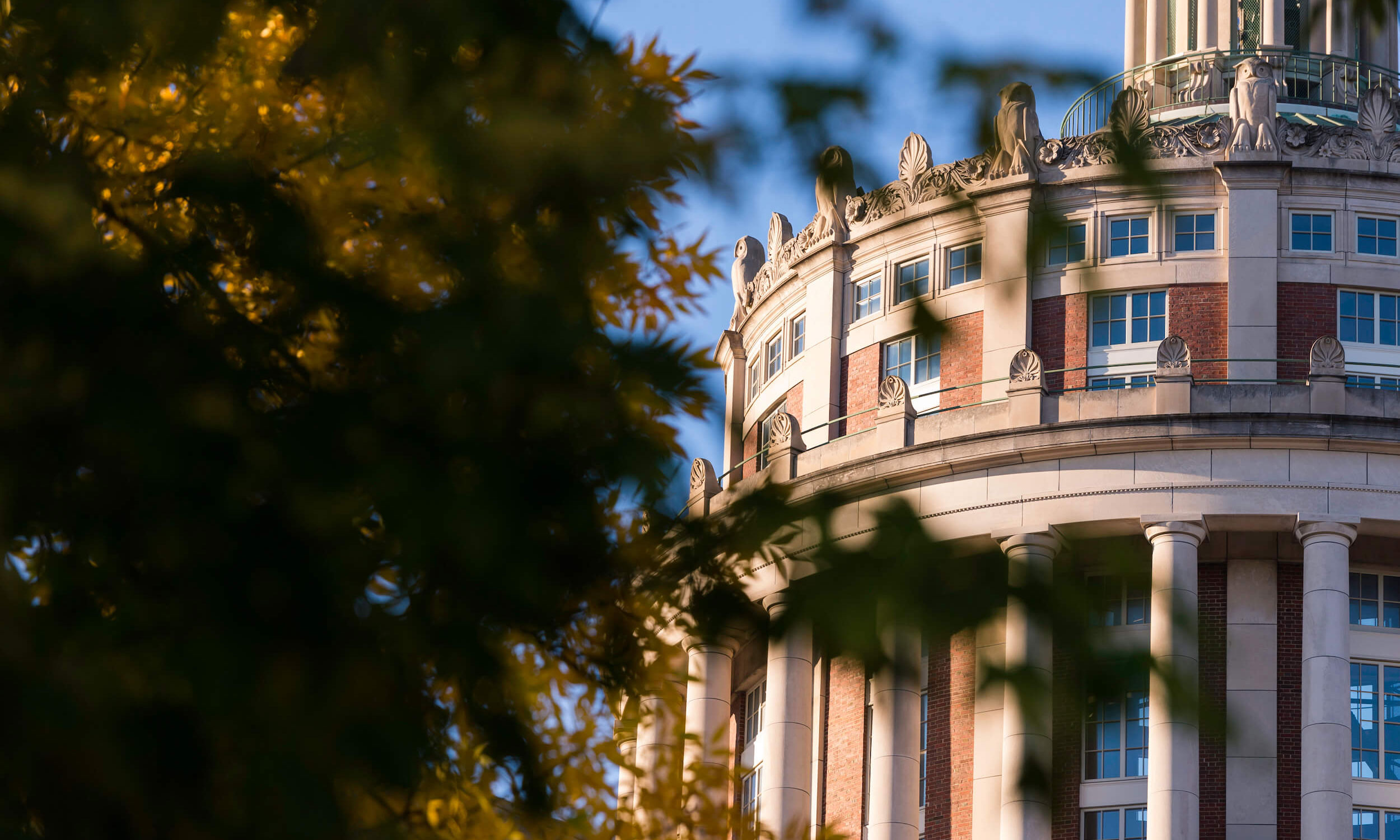 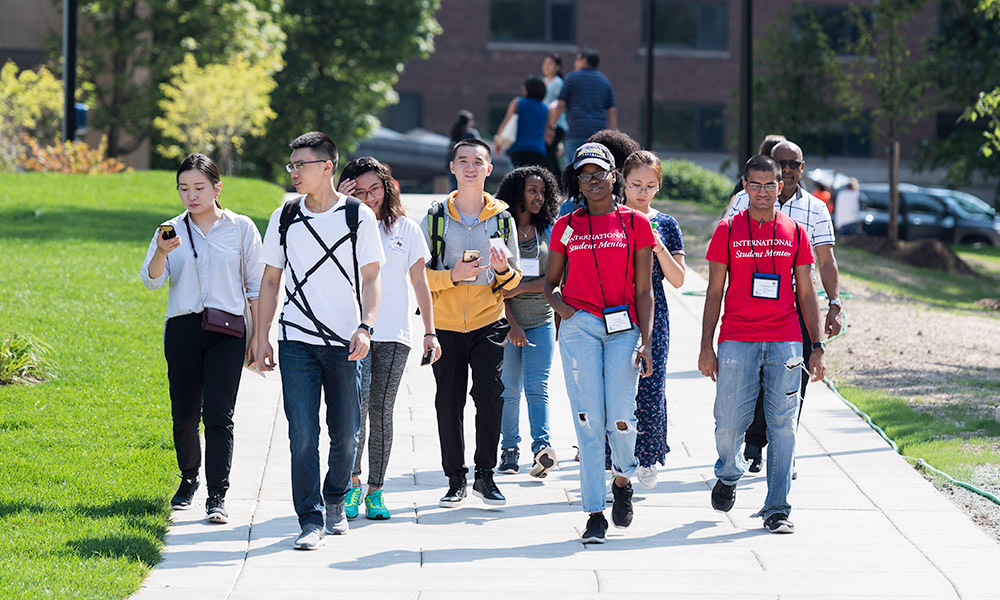 Newly arrived students walk toward Genesee Hall with their international student mentors. Of the 1,464 first-year students in the College, 472 are from outside the United States—a record 32 percent of the incoming class. (University photo / J. Adam Fenster)

Members of the incoming Class of 2021 from around the world received a warm welcome Monday as they flew into Greater Rochester International Airport for International Student Move-In Day.

Student mentors and University staff volunteers welcomed them at the baggage claim area and loaded their luggage onto shuttle buses bound for the River Campus. Staff were also on hand to pick up students whose flights were delayed through the night.

The students came from South Africa, China, Korea, Vietnam, Turkey, Nepal, Pakistan, India, the United Kingdom, and beyond. But by the time they arrived on campus, they were bonded as members of the Class of 2021.

“It will be impossible for this class not to interact with people from around the world,” says Molly Jolliff, director of international student engagement. “It’s exciting to think of the meaningful exchange of ideas and cultures [that will take place] in their halls, classrooms, and extracurriculars that will lead to contributions in Rochester and the world.”

Of the 1,464 first-year students in the College, 472 are from outside the United States—a record 32 percent of the incoming class.

China leads the international contingent with 193 first-year students. One of them is Canruo Zou, who 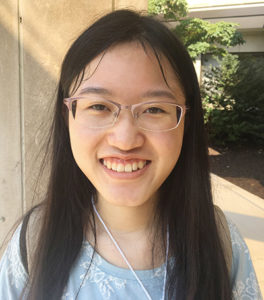 Canruo Zou ’21, after arriving on River Campus on a flight from China to Los Angeles to Chicago and finally Rochester. (University photo / Jim Mandelaro)

plans to major in physics. She came here for a visit in March with her mother, but on Monday she arrived alone after taking flights from China to Los Angeles, Chicago, and finally, Rochester.

Zou was jet-lagged, but raring to go.

“I chose Rochester because of the open curriculum and the diversity here,” she says. “The campus is beautiful, and I feel at home here. I’m ready to start this new phase of my life.”

Josh Allon had a much shorter trip, driving two-and-a-half hours from Fonthill, Ontario, Canada, to Rochester.

One of eight Canadians in the Class of 2021, he’s a nationally ranked Canadian swimmer who will compete for Rochester this fall.

A year ago, during his first visit to the University, he decided that Rochester was his pick.

“This is where I want to be,” he told his parents while sitting in Barnes & Noble bookstore in College Town. He was so intent on attending Rochester that he turned down Division I scholarship offers and visited the campus three more times just to cheer on his future teammates. He plans to major in biomedical engineering, with an eye toward a career in medicine.

His father is a book manufacturer who has lived in Afghanistan, India, Iran, Israel, and Turkey.

“I’ve been everywhere, and the dialogue between parents and this University is phenomenal,” Henry Allon says.

The day was capped with a Celebration of Nations dinner for students and parents on Dandelion Square. Other events this week include a tour of the Memorial Art Gallery and a trip to Niagara Falls.

Wednesday, hundreds of American students arrive from 42 states for their turn to move onto the River Campus. The students will proceed from Park Lot to their respective dorms.