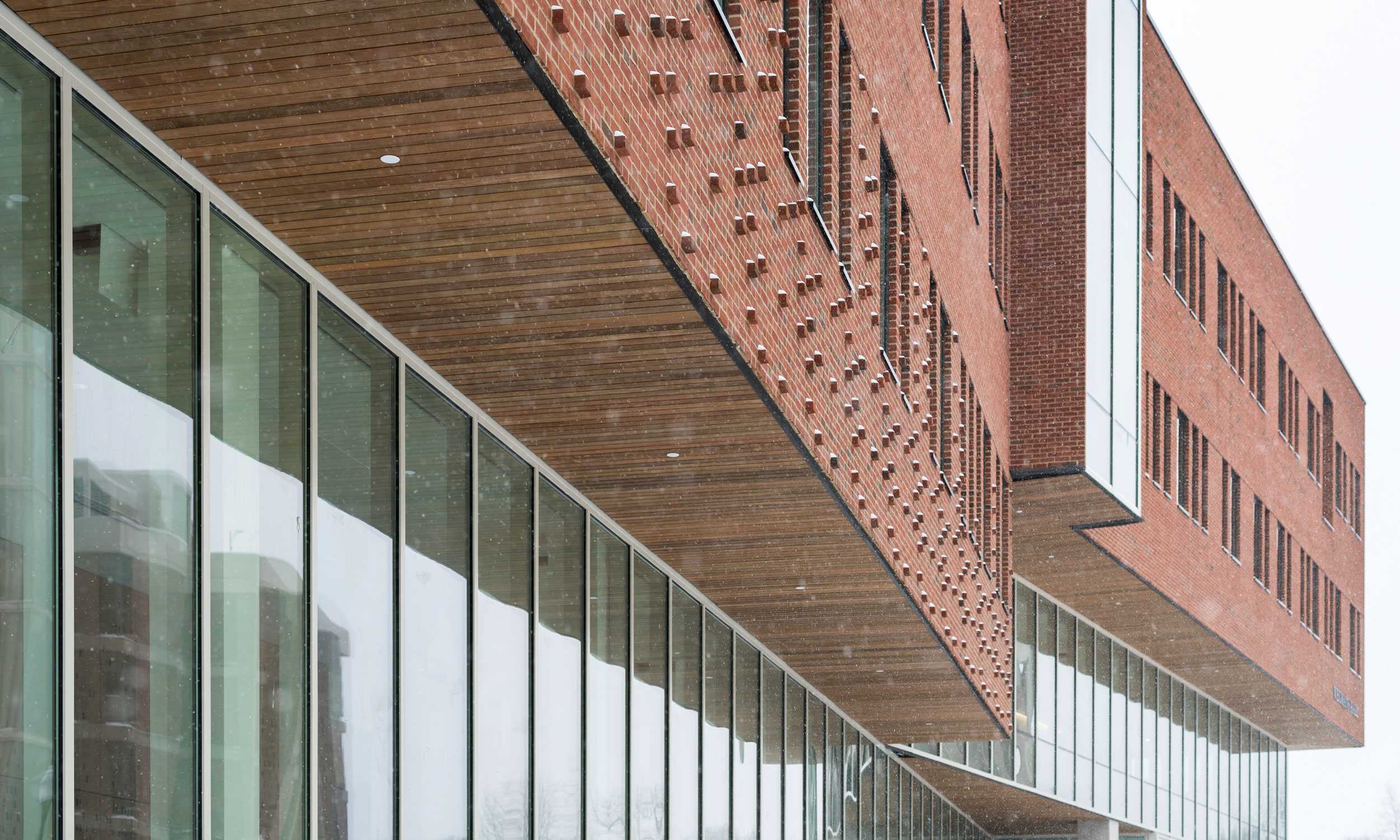 Named in recognition of the support of the Wegman Family Charitable Foundation, the 58,000-square-foot Wegmans Hall is designed as an interdisciplinary campus hub for work involving data science. Danny Wegman, chair of the University’s Board of Trustees, announced the foundation’s $10 million commitment to the project in 2014. 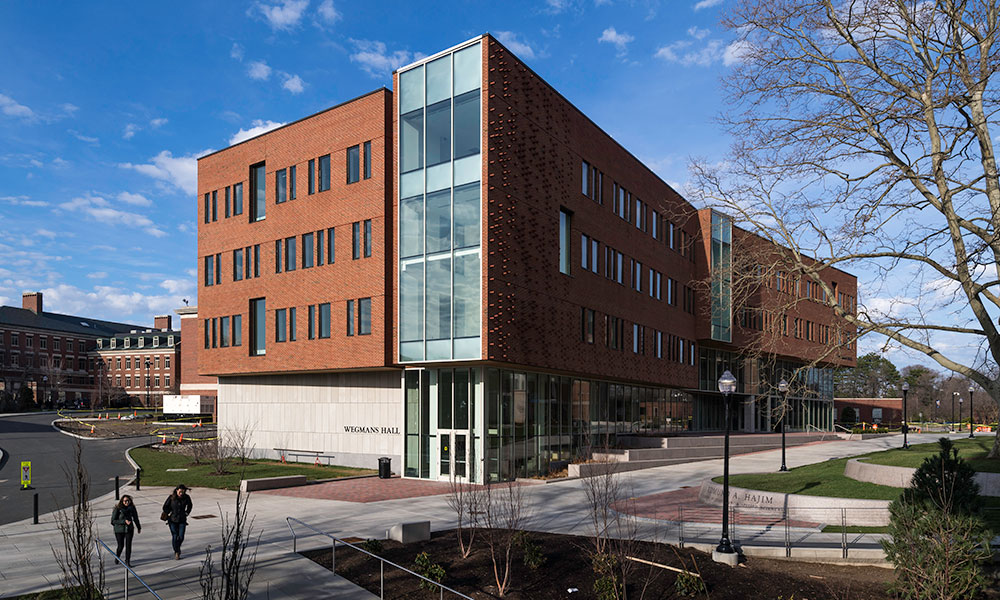 Dedicated during Meliora Weekend 2016, the building is opening to researchers this year. On the main level of Wegmans Hall is a new cafe featuring Peet’s Coffee, known for their commitment to socially responsible purchasing of fair trade coffees. Wegmans Hall is home to the Goergen Institute for Data Science, a University-wide center that helps to advance the University’s research strengths in machine learning, artificial intelligence, biostatistics, and biomedical research, and to foster research collaborations throughout the University and through industry partnerships. 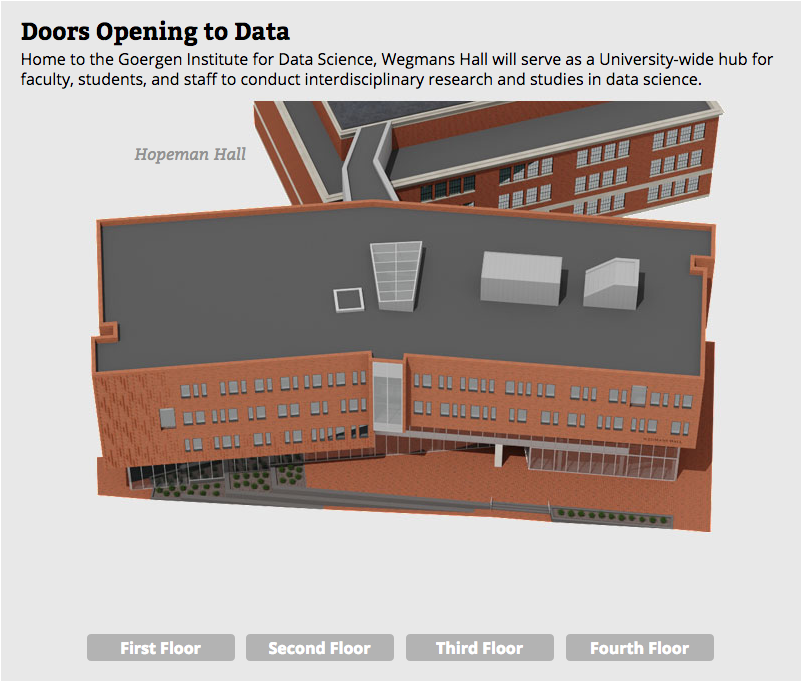 The institute is named in recognition of the support of University Board Chair Emeritus Robert Goergen ’60 and his wife, Pamela, who committed $11 million to the University’s multi-million dollar initiative in data science, a centerpiece of the University’s strategic plan. 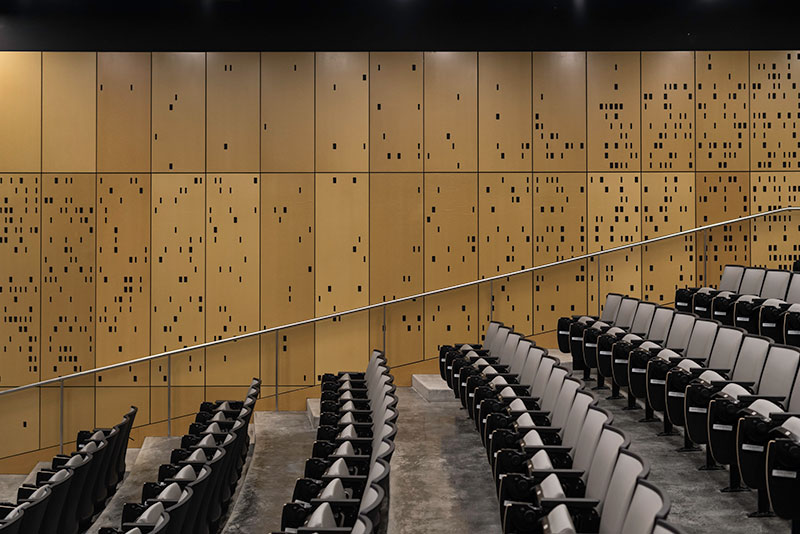 The auditorium in Wegmans Hall, with walls made to look like computer punch cards. (University photo / J. Adam Fenster) 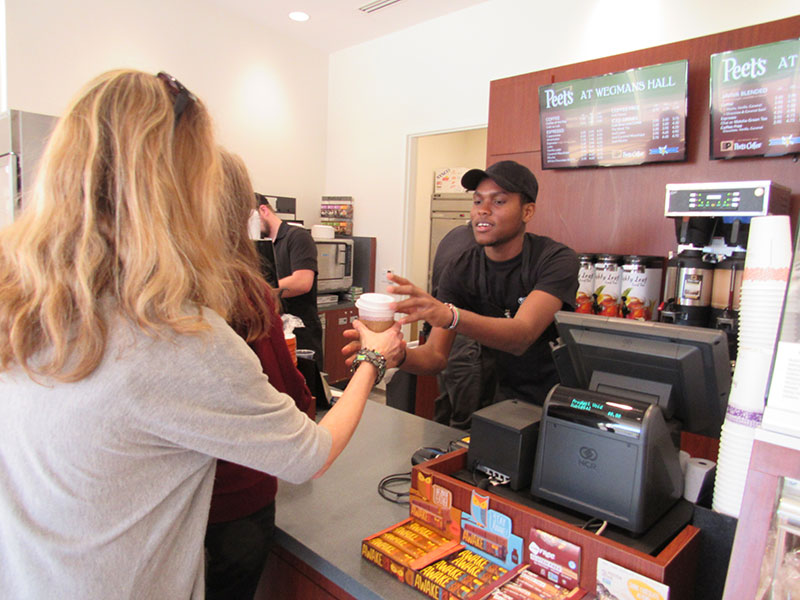 Students gather in one of the public spaces in Wegmans Hall. (University photo / Jim Ver Steeg)