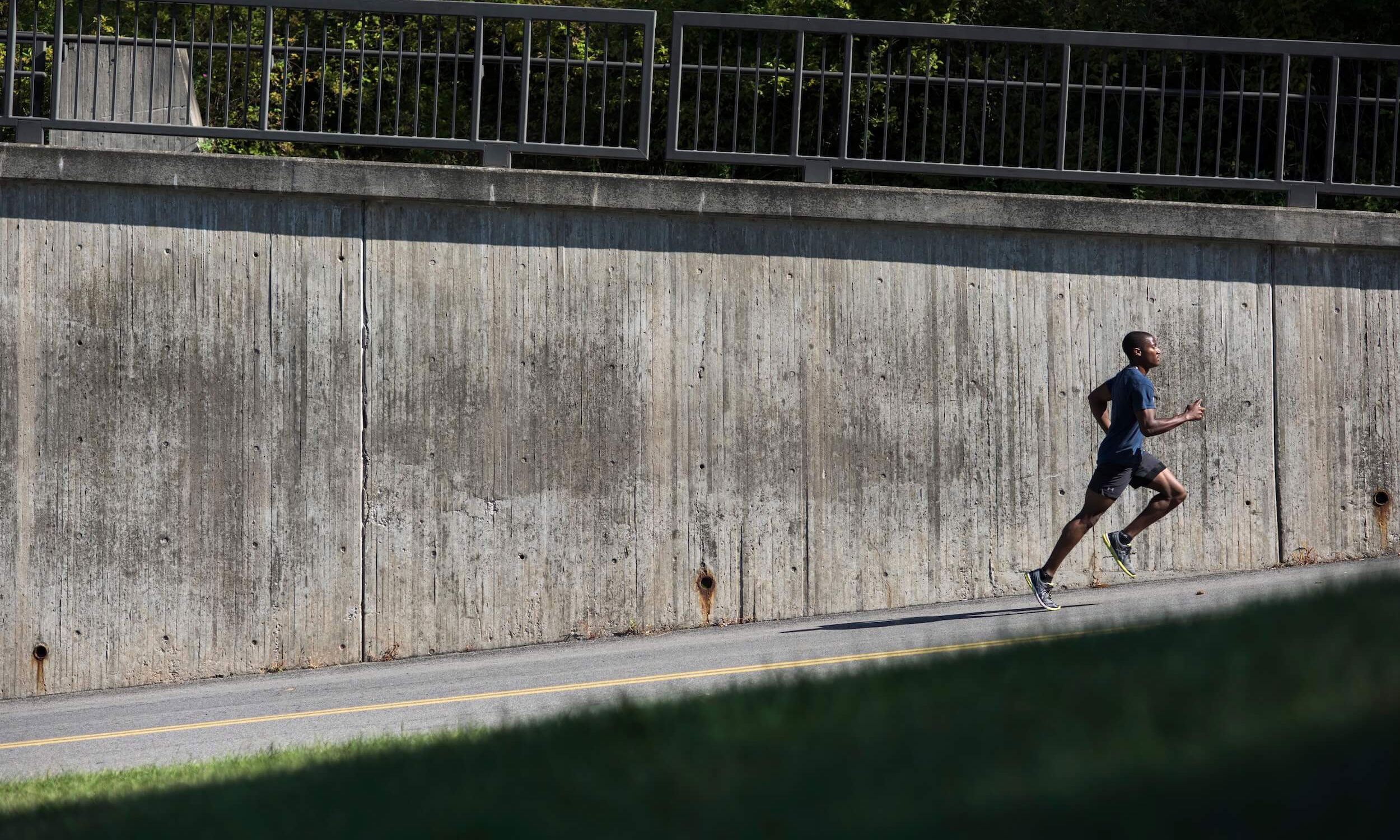 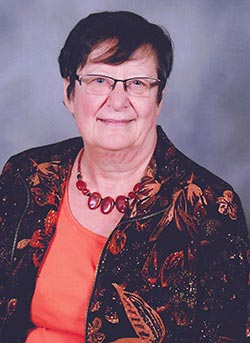 “I volunteer for the trials in the hope that someone in the future, near or far, will benefit. I will not let this defeat me.” — Bernadette Mroz

When her medications aren’t working, Bernadette Mroz says, “my world goes into a spin cycle. I cannot function mentally, emotionally, or physically.”

Mroz, who has Parkinson’s disease, does not expect a cure in her lifetime. But she is hopeful that University of Rochester researchers will soon be able to “better tune in” the medications that help control her tremors and memory lapses.

Toward that end, the Hannibal, New York, resident recently participated in a Rochester clinical trial in which she wore five sensors—one on each of her limbs and her chest. Thirty times a second, each sensor recorded acceleration in three directions—in effect recording her every movement, including tremors, for 46 hours at a time.

The sensors provide a wealth of data about the progression her disease—data that would allow physicians to make better informed decisions about treatments, including adjustments to her medications.

“Instead of treating all patients as averages, which none of us are, we will be able to customize treatment based on individual data,” says Gaurav Sharma, a professor of electrical and computer engineering. He is collaborating with University neurologist Ray Dorsey on the study, which they hope will help improve treatment of patients with Parkinson’s or Huntington’s disease.

Sharma and Dorsey are using BioStampRC sensors, produced by the biomedical health care analytics company MC10. The company, headed by CEO Scott Pomerantz, who received a bachelor’s degree as well as an MBA from Rochester, also supported the study. 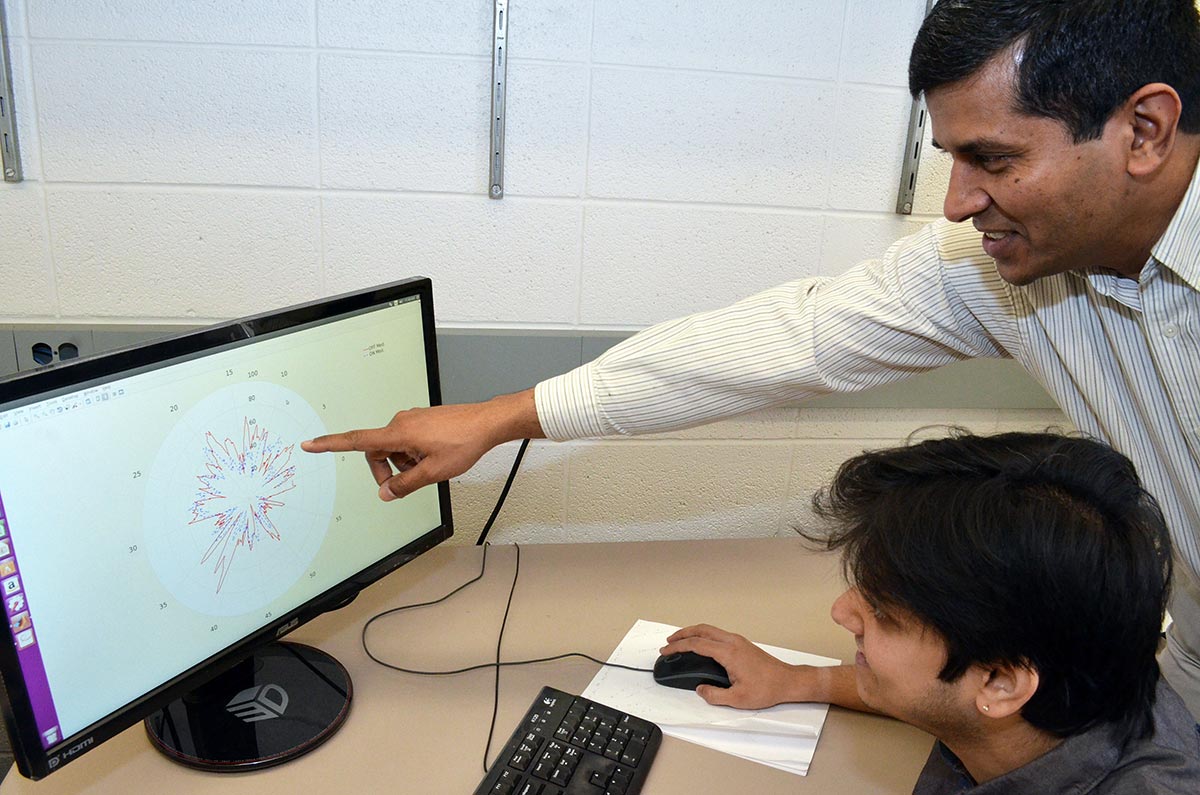 So how does one analyze some 25 million measurements generated by these sensors for each patient over a two-day period? And then present the results in ways that are intelligible to a physician?

That’s where data science comes in—especially machine learning, which provides computers with the ability to learn without being explicitly programmed.

A Newscenter series on how Rochester is using data science to change how we research, how we learn, and how we understand our world. Sharma and Karthik Dinesh, a graduate student in his lab, use processing algorithms to correlate the signals gathered from the five sensors and convert them into signal features that help measure coordination and tremor intensity. Machine learning techniques, such as clustering and classification, then help them categorize how these attributes differ among individuals who are at various phases of the disease, and from participants without the disease, who serve as controls. Machine learning also helps categorize whether participants have taken their medication so that the efficacy of the medication can be assessed.

“We’ve just scratched the surface in terms of the depth of data we have to work with,” Sharma says.

Then there’s the challenge of translating all of this for the caregiver.

“If you tell a physician you have to look at two gigabytes of data to figure out what’s going on with your patient, you don’t have a chance,” Sharma says. “But if you can present the data in easily digestible plots and visualizations, the physician can comprehend it and act on it.” 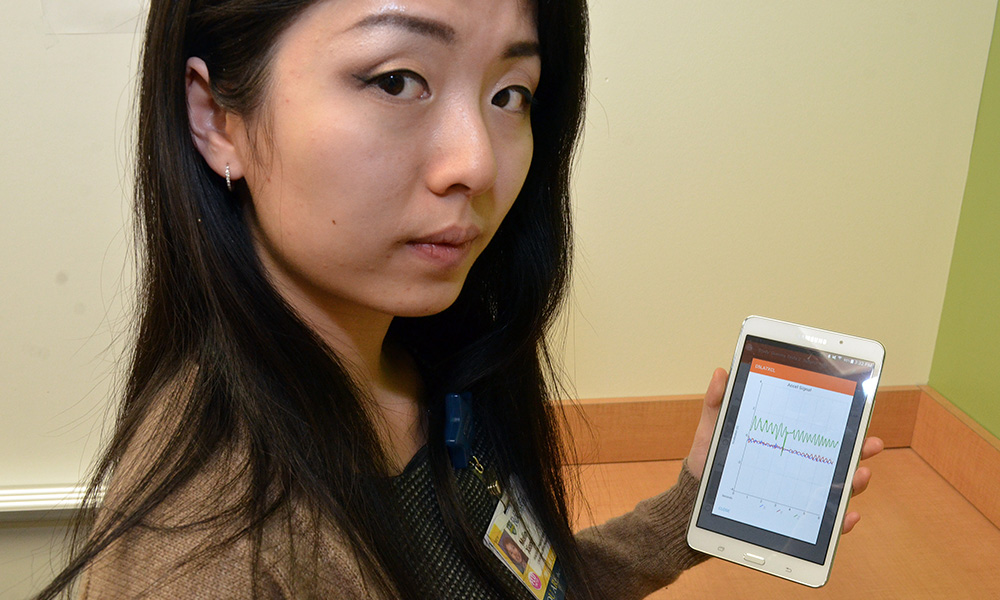 “This is a two-way conversation,” he adds. “It’s not like I can sit in my office and come up with the best way to do this. I have to ask the physician ‘what are the attributes that would be most relevant to you and what would be the presentation of data that would make the most sense?’ “

Currently, patients afflicted with the tremors of Parkinson disease, or the unsteady gait and jerky movements of Huntington disease, perform a series of motor activities during visits to the doctor’s office. The doctor or other movement disorder specialist rates their symptoms on scales of 0 to 4.

While these observations are informative and have been the standard for diagnosis and evaluation of movement disorders, they are episodic and subjective by nature.

The new research would result in a very different scenario. Two days before their appointment, patients would drop by their neighborhood pharmacy, pick up a pack of five adhesive patches with embedded electronic sensors, and place them on their skin, allowing them to provide far more accurate and comprehensive measurements than are possible in a doctor’s office.

For now, research participants mail their patches back to the researchers. However, Sharma and Dorsey say, next generation sensors now being developed by MC10 —which are so unobtrusive that they liken them to temporary tattoos—will transmit the data wirelessly to a patient’s smart phone, then on to a secure database for analysis. Patients in even the remotest areas could be monitored from their homes.

Smart phones were just coming on the market when Dorsey arrived as a fellow at the University in 2005. Now, they enable “anyone, anywhere to participate in research; anyone, anywhere to receive care,” he says. And, Dorsey believes, the combination of skin sensors, machine learning, and smart phones will enable researchers to conduct clinical trials “in shorter periods of time, with smaller numbers of participants, giving us more objective assessments about whether drugs or devices are beneficial.”

“This will transform the way we care for patients with Parkinson and Huntington disease.”

Mroz, who was first diagnosed with Parkinson’s disease in 2004, has not worked since 2010 and stopped driving soon afterwards. But she refuses to adopt what she calls the “woe is me” attitude she senses in some Parkinson’s patients. She continues to volunteer as a board member at a local humane society, and she enthusiastically participates in clinical trials at the University.

“I volunteer for the trials in the hope that someone in the future, near or far, will benefit,” she says.

That’s part of the obligation she feels as a Parkinson’s patient, to be an ambassador and advocate. And to continue to fight the disease.

She adds: “I will not let this defeat me.”