‘Our goal was simple. We wanted to help as many refugees as we could’

‘Our goal was simple. We wanted to help as many refugees as we could’

Here, we highlight two members of the University community who are being featured this season.

Omar Soufan ’17 and Ibrahim Mohammad ’17 knew from the minute they met three years ago that they were bonded by their pasts—and their future.

Soufan left war-torn Syria for the United States five years ago. Mohammad is a Palestinian refugee who lived in Lebanon before coming to America. 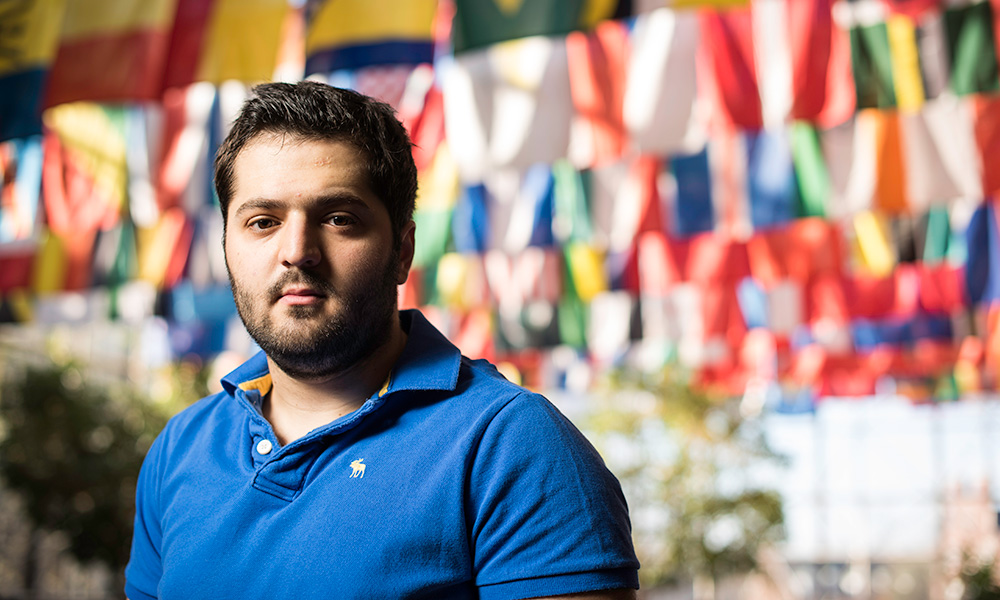 Omar Soufan, along with friend and classmate and Ibrahim Mohammad, established a health clinic for refugees along Lebanon’s border with Syria. “I made a promise that I was going to make a difference,” he says. “I’m going to keep that promise.” (University photo / J. Adam Fenster)

In 2015, they set up a physical rehabilitation center in Lebanon, on the Syrian border, to help Syrian refugees wounded in that country’s ongoing civil war. Now, they’re working on the second phase of their project, Prosthesis for a New Syria, which aims to bring 3D-printed prosthetic upper limbs to refugees at the rehabilitation center.

“We want to give amputees prosthesis that are affordable, cosmetically appealing, and functional,” says Soufan, a biomedical engineering major.

Soufan was born in Chicago in 1994 when his mother was visiting her brother, a Syrian-born anesthesiologist. His entire family is from Syria, and that’s where he grew up. His younger brother is a freshman at a college in Minnesota, and his sister is in ninth grade back home. 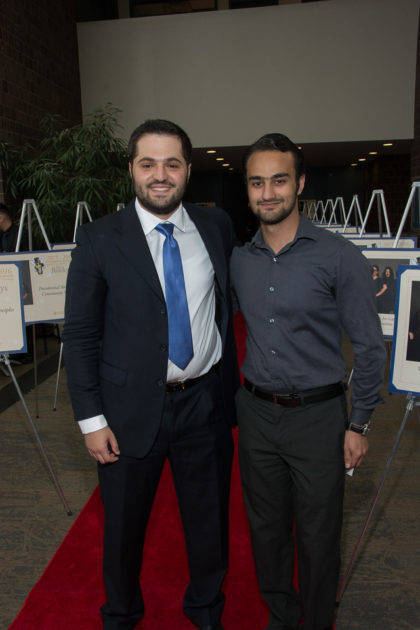 Soufan enrolled at the College of DuPage, outside of Chicago, in 2012, and transferred to Rochester two years later. During a trip home, he passed through Lebanon. Walking through Beirut, he was stunned to see refugees sleeping on the ground.

“There were lots of families,” he says. “What shocked me were the locals. They would step over these people as if they were stepping over a stone.”

Soufan and Mohammad, a mechanical engineering major, settled on the idea of a medical facility to help refugees after finding an existing building near the Syrian border.

“Our goal was simple,” Mohammad says. “We wanted to help as many refugees as we could.”

They applied for a Davis Projects for Peace grant, which offers $10,000 to support grassroots projects that promote peace and address the root causes of conflicts. After coming in second place, they set up a Facebook page, eventually raising around $7,000. Those interested in donating can visit the Facebook page here.

They received additional sponsorship from the Syrian American Medical Society and the Qatar Red Crescent Society, an organization in Qatar similar to the American Red Cross.

The result was a two-story facility that includes six hospital beds and a dozen staffers—doctors, nurses and administrative help—and treats more than 100 patients per month.

Soufan and Mohammad were honored with the University’s Social Entrepreneurship Award at the annual Student Life Awards (the “Rockys”) last April.

To launch the second phase of their project–Prosthesis for a New Syria–they connected with Adam Arabian, an associate professor of mechanical engineering at Seattle Pacific University who specializes in the research and design of low-cost prosthetics. Arabian introduced them to e-NABLE, a global network of volunteers who use 3D printing to create free hands and arms for those in need.

“Omar and Ibrahim are on the leading edge of deploying and field-testing real, 3D-printed prosthetic components globally,” he says. Working with designers and engineers in Turkey, Jordan, Haiti, and Southeast Asia, “they’re part of a global team that has literally had worldwide impact.”

Father Brian Cool, director of the University’s Catholic Newman Community, knows both students well. He met Mohammad when they both made service trips to the Dominican Republic—Mohammad for a water project with Engineers Without Borders, and Cool to dig latrines.

“When his work was done, Ibrahim asked if he could join our group,” Cool says. “Who asks to dig holes? As long as there is injustice in the world, he’ll move the earth—literally—to do so.” 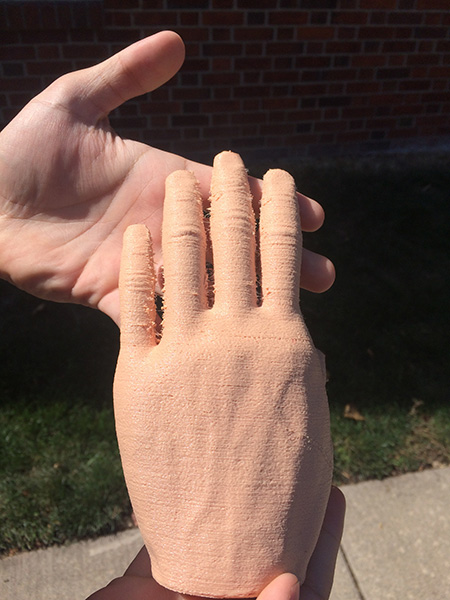 Cool met Soufan in 2015 when Soufan called him to ask for advice and assistance with the rehabilitation center project.

“Failure isn’t an option for Omar,” Cool says. “In the summer of 2015, when everyone was leaving Syria, Omar was going back. In matters of life and death, Omar chooses life—not only for himself, but for those he loves, the good people of Syria.”

For Soufan, the project is about fulfilling a commitment. “I made a promise that I was going to make a difference,” he says. “I’m going to keep that promise.”

On to the Hult competition

Omar Soufan ’17 and Ibrahim Mohammad ’17 are part of a University team competing for the Hult Prize. The largest social entrepreneurship competition in the world, the Hult Prize is sponsored jointly by the Hult International Business School and the Clinton Global Initiative. More than 10,000 students from 150 universities around the world will take part.

The team hopes to form a company that provides sustainable housing, built from recycled plastics, for refugees. The technology was created by the Colombian company Conceptos Plásticos, and already has been used in that country. Team Meliora hopes to take the technology to Egypt, Lebanon, Morocco, Palestine, Syria, and Turkey.