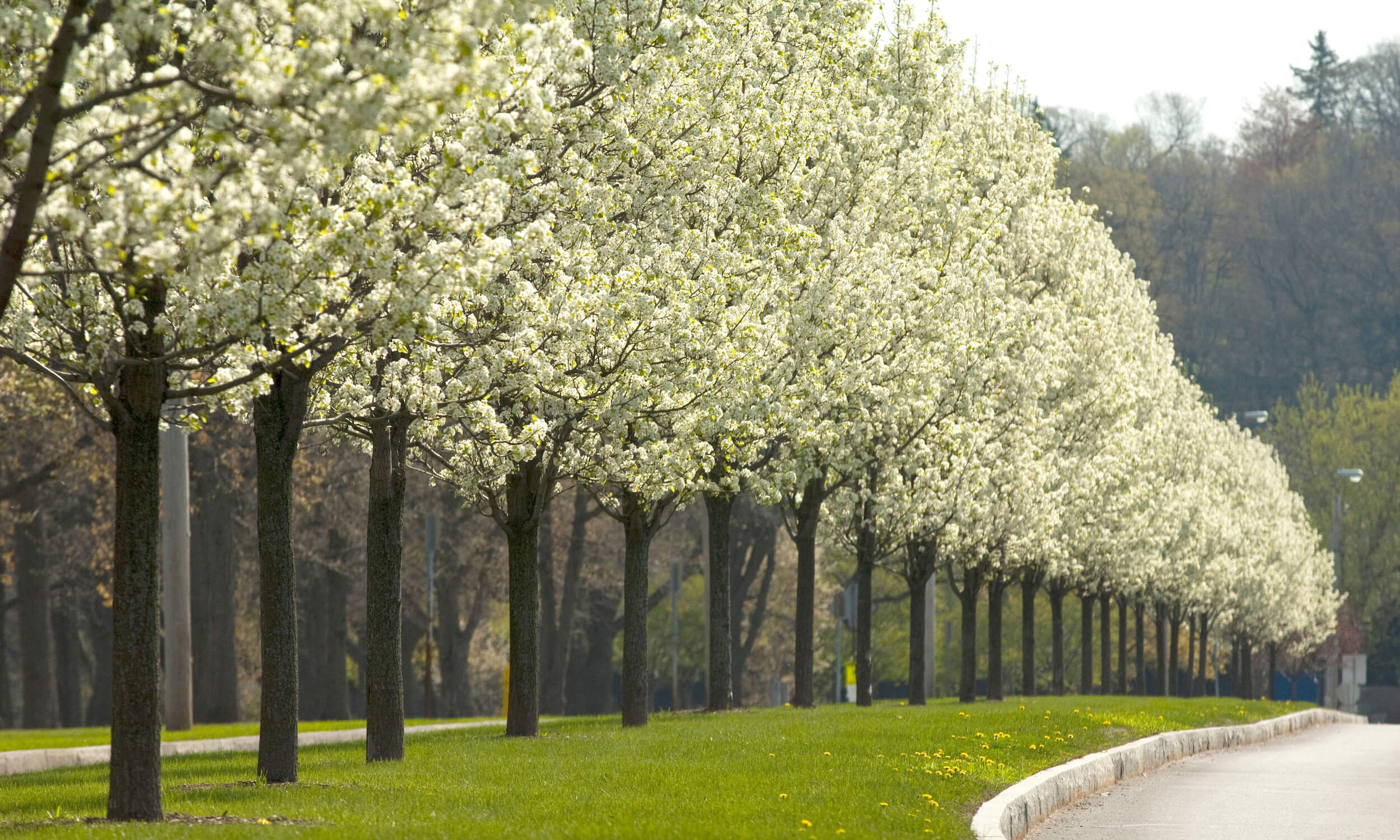 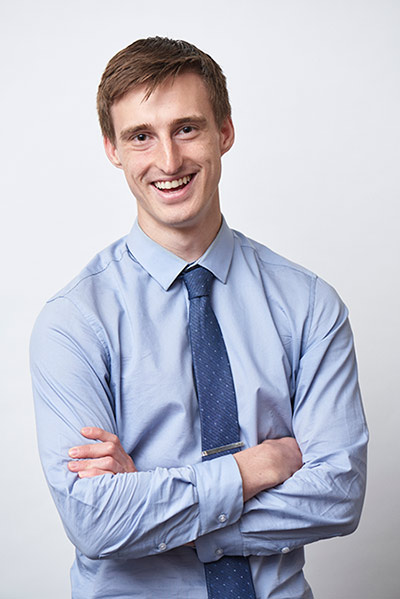 Along with finishing his coursework, he is currently collaborating as a data scientist with Arable Labs, where he utilizes machine learning algorithms to create weather forecasts from aggregated weather data, and a data science consultant for ROCSPOT, where he connects utilities, homes, and corporations to solar installers to increase usage of solar power.

During his time at the University, he served as president of the class of 2016 and was a data science analyst during a summer internship at NOAA (the National Oceanic and Atmospheric Administration) in Washington, DC.

I’ve always loved math and computers, and data science really brings those together. The other thing about data science is that it can be applied to many other fields. Three of my housemates are in the data science master’s program. Two of them are really interested in the way the brain functions, and the other is really into finance, stock projects, and financial modeling. The variety of interests people have keeps the program fresh, and the classes just feel really cutting edge.

I think a lot of that shows how much is happening at the University, as well as nationally. The U.S. Senate just had the first congressional hearing on artificial intelligence in November. Experts in the field came before lawmakers to discuss artificial intelligence and how policy is ever going to keep up. Things like driverless cars and other intuitive systems like that are really going to change our technology landscape. Of course, my passion for sustainability and renewables plays right into that.

How does environmental science intersect with data science?

What’s really missing from environmental science is full-scale climate models. We can make scientific guesses and provide hypotheses based on what we’re observing on the earth. But we haven’t built a holistic model to really track, for instance, what the oceans are doing or to track air flow in the planet, because those are enormous datasets. It would be very fun, and a goal of mine, to be part of a holistic model for the earth.

What’s your favorite class that you’ve taken at the University of Rochester?

Last semester, Data Mining with Jiebo Luo was an excellent course. I think he does a good job of giving students a range of skills that go just in-depth enough and then allowing them a creative space for an open-ended project at the end. I worked on a data mining project that determined the effects of industry-specific events—such as the impact of the presidential debates—on stock differences of companies like General Motors or Exxon. That’s really rare in a lot of academics to get free rein like that and be responsible for your project.

One of the projects that you did as a data science student involved creating algorithms to solve Sudoku puzzles. How does this algorithm work?

We did this project last semester in a class called Network Analysis. Dancing links is the best-known Sudoku-solving algorithm, and this is what we’re working on. Using these algorithms, the computer will solve the puzzle by choosing one cell and suggesting, for instance, that a possible solution is a three, and the next cell could be a four, and it builds out this whole solution tree. If there’s an error, it backtracks and tries the next possible number. I’m not sure if it is the fastest Sudoku algorithm, but it is certainly an efficiency upgrade in computers solving these puzzles, and it’s a really fun project to work on.

Soderstrom has applied data science to his work with three different organizations. Here, he describes these projects in his own words.

The National Oceanic and Atmospheric Administration is an agency within the United States Department of Commerce that conducts environmental research focused on the oceans and the atmosphere.

As an intern, I worked in NOAA’s environmental modeling center with wave propagation data. The NOAA has tens of thousands of buoys all around the oceans. Based on the effects and trajectory of waves, they can, for instance, predict hurricanes. They also have a computer model that simulates this buoy data. I took the outputted model data, compared it with the real buoy data, and did statistical validation to figure out how close they were mathematically, and then suggested heuristics to improve those models. Because there was so much data—more than 30 years of buoy data with tens of thousands of points all around the ocean—we used supercomputers to process this information.

Arable has a data monitoring system called a Pulsepod that they offer to farmers to monitor their crops. Each pod has a solar panel on top and takes in different weather parameters like rainfall, relative humidity, and temperature. Using that weather data from the pods, Arable does localized weather forecasting of fields that is more accurate than the National Weather Service. I worked with Arable to test machine learning algorithms to figure out which ones were the most optimal to forecast weather.

ROCSPOT is a nonprofit organization dedicated to bringing solar power to Rochester and reducing the City’s use of fossil fuels.

ROCSPOT is a cool company because they educate people about solar incentives and also focus on bringing solar to low-income neighborhoods. We also want to pursue projects that redistribute energy because we could power a large portion of the country on solar energy if we could transport it and if the laws allowed for that. This is a really big data science problem because of the shear amount of information. One of ROCSPOT’s goals is to have full renewable energy in Rochester by 2025. Solar power is an investment, but in the end it is often a cheaper option than fossil fuels, plus you have access to energy independence and you’re reducing externalities on the climate. Even in cloudy Rochester, our location and angle to the sun means we get an enormous amount of solar radiation. 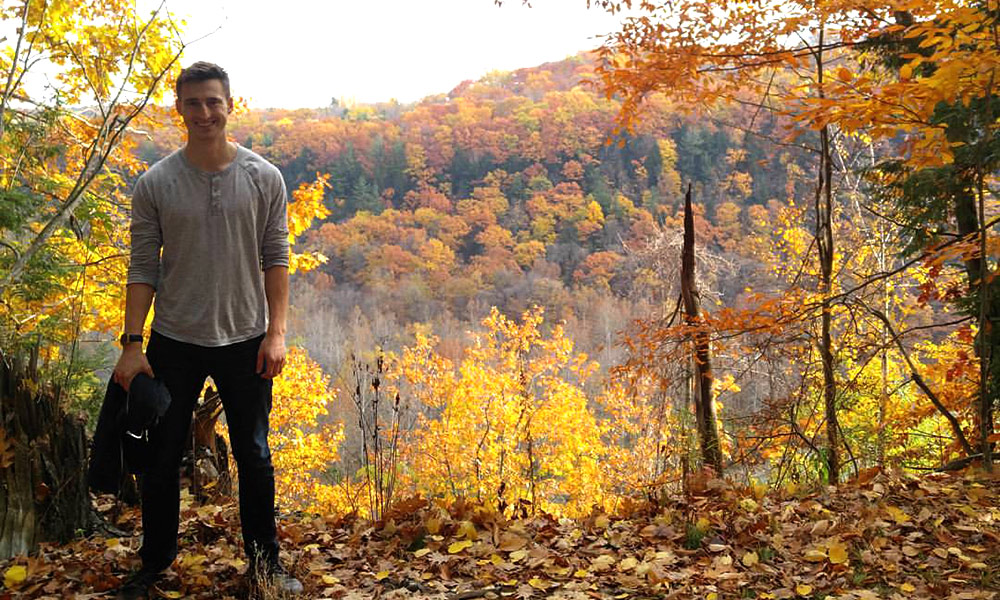 Ulrik Soderstrom ’16, ’17 (MS) is one of the first Rochester students to graduate with a BA in data science. Seen here at nearby Letchworth State Park, Soderstrom is interested in the intersection of data science and environmental sustainability. (photo provided by Ulrik Soderstrom)