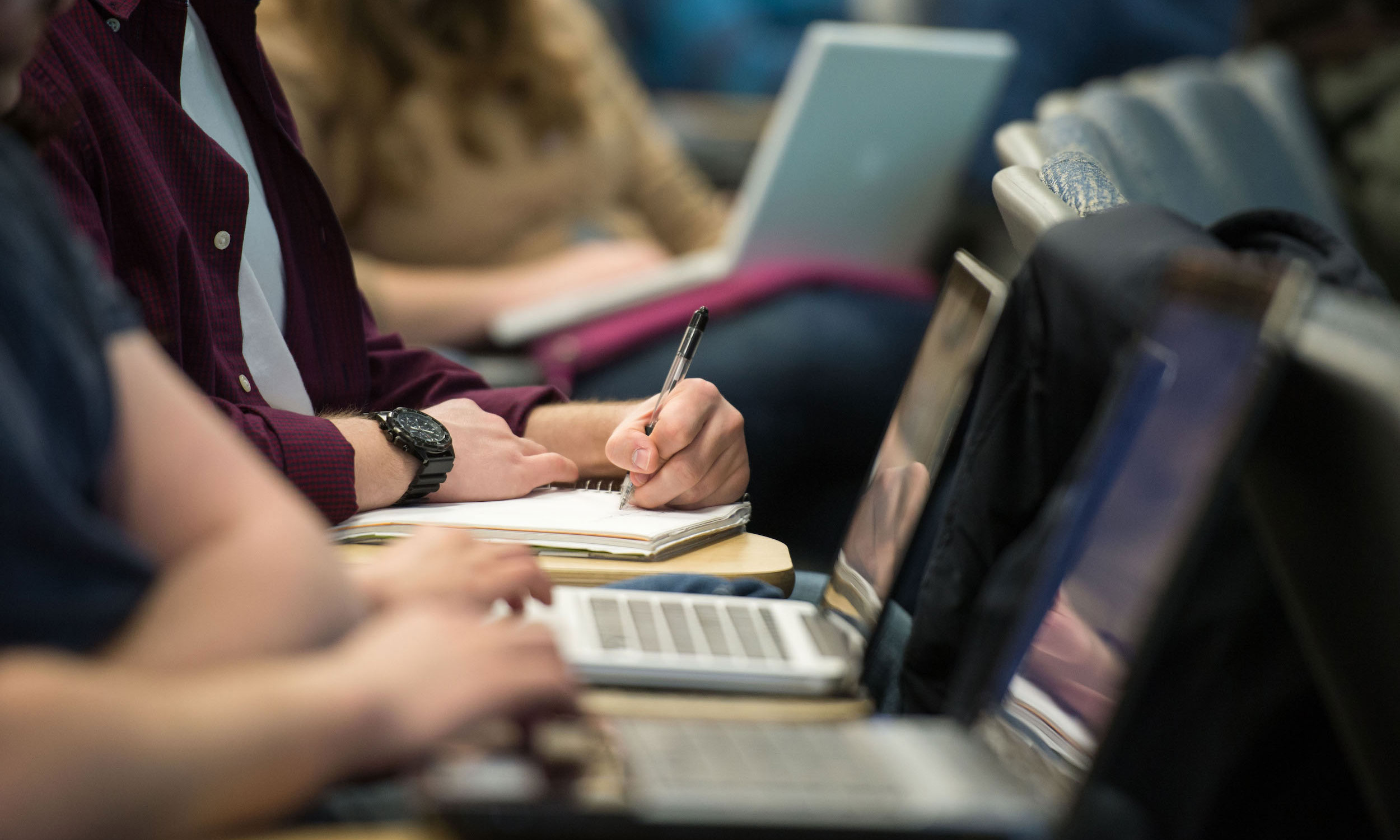 Here, we highlight one member of the University community who is being featured this season.

“Serendipitous” is how Seymour Schwartz ’57M (Res.), Distinguished Alumni Professor of Surgery, describes the evolution of his interest in historic maps.

As an undergraduate at the University of Wisconsin, Madison, during World War II, he took a typical pre-med curriculum. With the exception of introductory English and a three-credit course on Shakespeare, every class was science, he says. He continued his studies at New York University School of Medicine. 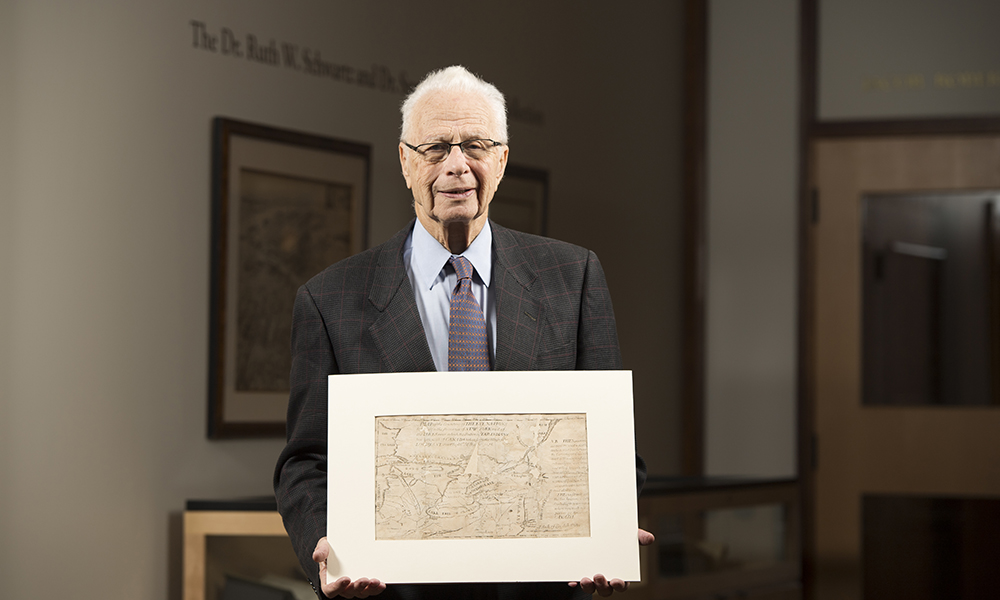 Dr. Seymour I. Schwartz, distinguished Alumni Professor of Surgery at the University of Rochester Medical Center, holds “A Map of the Country of the Five Nations belonging to the Province of New York and of the Lakes near which the nations of the far Indians live with part of Canada taken from the map of the Louisiana done by Mr DeLisle in 1718”, the first map engraved in the Province of New York, during a visit to the Rush Rhees Library Department of Rare Books and Special Collection December 6, 2016. Engraved for Cadwallader Colden in 1724, the map is one of two surviving copies of the original production and was donated by Schwartz, who is also is a renowned map historian, to the library in 2010 along with more than 40 rare maps, prints, books, and copper engravings charting the 18th- and 19th-century development of Western New York. // photo by J. Adam Fenster / University of Rochester

“I had no particular interest in history until I saw some maps,” recalls Schwartz, sitting beside a reproduction of the first known map to include the Americas, which hangs in his office at the School of Medicine and Dentistry. “Maps provide a palatable way of learning history.”

He acquired the first map in his collection—a 1795 map of the state of New York—in 1963. Schwartz’s collection has since grown to become one of the most acclaimed collections of rare maps in North America. His holdings focus on the 16th, 17th, and 18th centuries—documenting Europe’s earliest contact with and understanding of the New World.

“My surgical personality speaks to developing a specialty,” Schwartz says about choosing a region and finite time period on which to focus.

As his interest in cartographic history grew, he discovered that nobody had pursued extensive scholarship on the mapping of America. So he took on that role. Schwartz has authored seven books on cartography, including the definitive reference work, coauthored with Ralph Ehrenberg, The Mapping of America (Abrams, 1980). He has served on the boards of the National Museum of American History of the Smithsonian Institution and the Geography and Map Division of the Library of Congress.

Schwartz, who has donated parts of his collection over the years, says he doesn’t think a true collector should sell an item for profit.

In 2008, he bequeathed more than 200 of his rare maps to the University of Virginia. In 2010, he donated some of the earliest maps and drawings of Western New York to River Campus Libraries’ Department of Rare Books, Special Collections and Preservation. The Schwartz collection at Rochester includes the first map printed in the colony of New York, dated 1733, as well as the earliest known drawing of the region, a circa 1768 etching of the Upper Falls of the Genesee River.

For Schwartz, maps not only offer a means of learning history; they also have aesthetic value. “Maps should be considered works of art,” he says.

Since joining the Rochester faculty in 1957, Schwartz has written numerous medical texts, including the authoritative textbook, Principles of Surgery; authored more than 300 scientific papers; and edited several of the most respected journals on surgery.

He’s received many accolades during his long career. Many have recognized his accomplishments as a surgeon; others have honored his contributions to cartography.

“In the books I’ve written on cartography, the audience generally doesn’t know that I’m a surgeon,” he says. “In contradistinction, the readers of [Principles of Surgery] don’t have any idea about my interest in cartography.”

“And that pleases me,” he says.

AlumniDonorsMAGSchool of Medicine and Dentistry