It’s all about the students…and math

Peter and Lucia Gill Case P’20, Jason Toates, and Beth Olivares, along with others at the University of Rochester’s David T. Kearns Center for Leadership and Diversity, all have something in common: they not only want young people to thrive academically, they are making it happen. They are helping underserved students—from high school to college—get the math skills they need to be successful in school and in life.

The Gill Cases recently established a fund—the Jason Toates Math Education Fund—that will make it possible for up to five University undergraduates to take a six-week-long summer math course offered through the Kearns Center, which is dedicated to transforming young people’s lives through a variety of educational opportunities. Students will be selected later this year to participate next summer. The fund is named after Jason Toates, who has taught math to high schoolers for many years, at multiple schools in the Rochester City School District.

Getting behind in math as an undergraduate, especially in the freshman and sophomore years, can mean the difference between being successful academically or not. The summer program allows students to focus on one thing—math—which many of them have a hard time doing throughout the academic year. Schedules and course loads are just too full.

“When the Gill Cases told us they wanted to do something to help underserved students, they asked us to think of a program they could support and someone in the local community we could name the fund after,” said Olivares, director of the Kearns Center and dean for diversity within Arts, Sciences & Engineering. “Jason came to mind immediately. He is a great math teacher who inspires young people and has been involved with the Kearns Center since the beginning of our work in the Rochester City School District. He gets high schoolers excited about math, which is the basis of so many of the science and engineering classes we offer.”

“We wanted to do something to make it easier for a few students who might be struggling, and to help set them up for academic success.”

“College can be a tough time for students,” said Lucia. “Students have so many adjustments to make. They are getting used to living away from home, they are taking really hard classes, and they have to figure everything out for themselves, which is a first for a lot of them.”

“We wanted to do something to make it easier for a few students who might be struggling, and to help set them up for academic success,” added Peter. “We are thrilled to support the great work of the Kearns Center and we think it is quite fitting to name the program after a teacher who is so dedicated to helping pre-college young people build a strong foundation in math.”

“The transition to post-secondary math is difficult and this fund provided by the Gill Cases will certainly ease that transition,” said Toates. “I am excited about this opportunity for our emerging scholars, and am honored to be included.”

Make a Difference
The Kearns Center helps underrepresented students reach their full potential. You can help, too, just like the Gill Cases have. To learn how, please contact Lisa Hall, Executive Director of College Advancement, at (585) 273- 3619. 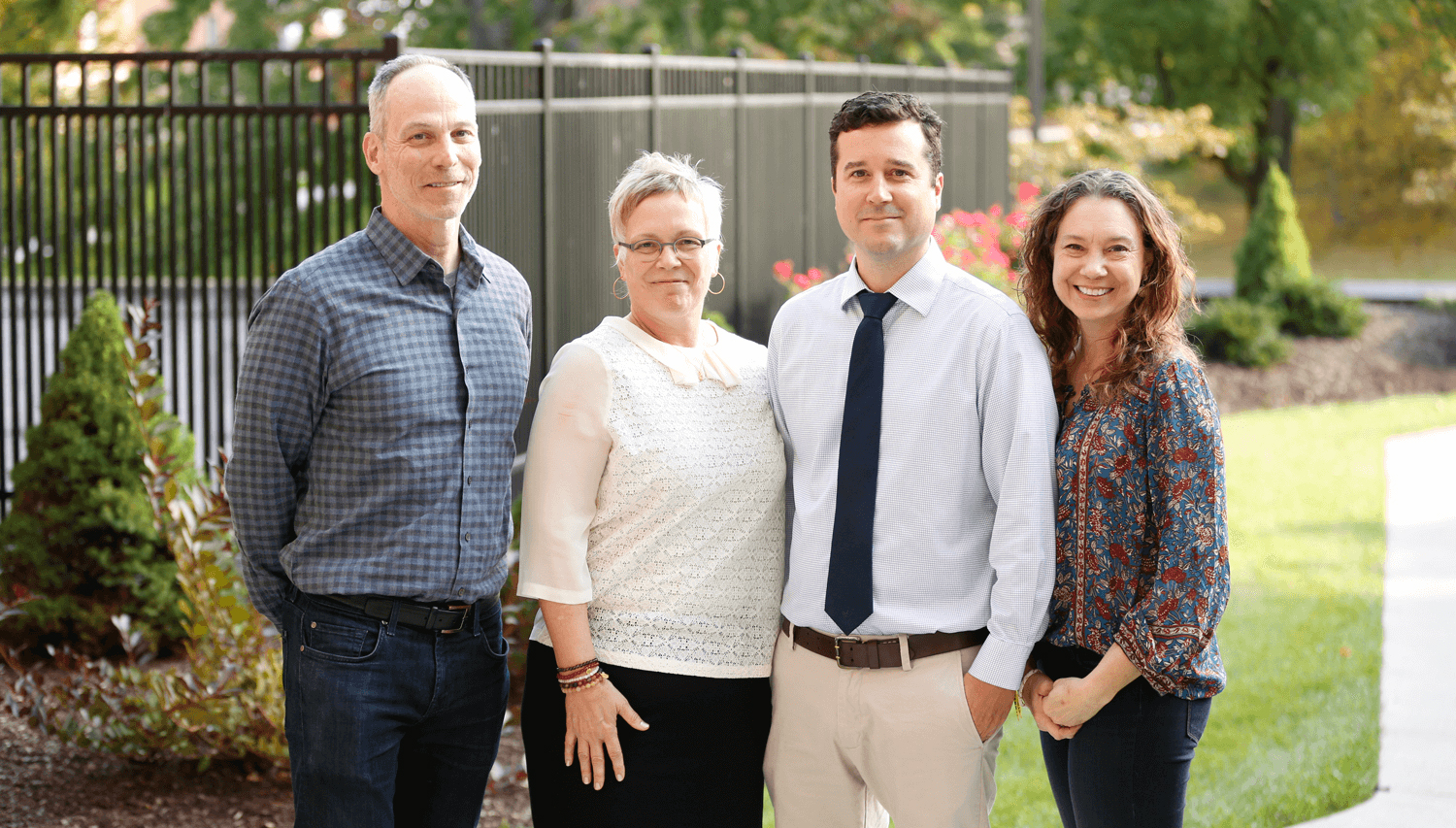